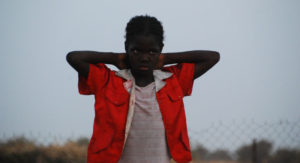 Anti-Slavery International and its partners SOS-Esclaves, Minority Rights Group International (MRG) and the Initiative for the Resurgence of the Abolitionist Movement (IRA) have called on the Mauritanian government to become serious in tackling slavery in the report to the United Nations (UN) ahead of the country’s Universal Periodic Review (UPR).

Mauritania is notorious for having the highest incidence of slavery in the world and one of the last countries where people from the ‘slave’ caste are still being born into slavery and are literally owned by their masters.

The 2007 anti-slavery law has not been properly enforced. Only one slave-owner has been successfully prosecuted but he was released on bail after only four months’ imprisonment pending the appeal that never took place.

The police rarely follows-up on slavery claims and when they do, investigations are often limited to interviewing the masters and the victims. The latter undergo considerable pressure to drop their complaints as retract their claims.  All slavery cases we follow have faced lengthy unexplained delays, some stretching many years back.

Whilst the adoption of initiatives to tackle slavery such as Tadamoun Agency, Road Map to eradicate slavery or Special Tribunal to prosecute slavery cases are welcome, they haven’t put an end to the impunity of slave-owners.

The report also raises other issues such as the discrimination faced by the Haratine community and other Black Mauritanian groups; gender-based violence such as rape, domestic violence and early marriage; as well as children’s rights, in particular the right to education for children of slave descent.

We also condemn an increasingly hostile climate for anti-slavery activists and human rights defenders in Mauritania. In January 2015, three prominent activists were arrested while on a peaceful march to raise awareness about land rights for people of slave descent and subsequently sentenced to two years’ imprisonment. The severity of this ruling stands in stark contrast with the way slavery cases are dealt with in the legal system of Mauritania.

We urge the Mauritanian government to formally acknowledge the existence of slavery – as opposed to only its “vestiges”; to amend the 2007 anti-slavery law by granting legal standing to human rights organisations and by increasing the prison sentence for the crime of slavery; and to improve the capacity of the Tadamoun Agency to effectively combat slavery and provide support to victims emerging from it.

The call has been included in the organisations’ UPR submission on Mauritania ahead of Mauritania’s Universal Periodic Review – a process facilitated by the United Nations whereby countries have their human rights record reviewed by Human Rights Council Member States, and recommendations are made for action. Mauritania is going to be reviewed on 4 November 2015.