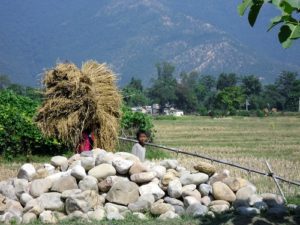 Anti-Slavery International, Informal Sector Service Centre (INSEC) and Backward Society Education (BASE) have called on Nepal to tackle bonded and forced labour of adults and children.

Forced and bonded labour continues to persist in Nepal, despite government promises to ensure the system is eradicated. A recent ILO report found approximately 143,000 adults and 30,000 children still subject to forced labour. Even in communities where bonded labour has largely been addressed, discrimination against former bonded labourers and their children persists, resulting in reduced access to education and on-going cycles of exclusion and poverty.

The call has been included in the organisations’ UPR submission on Nepal 2015 ahead of Nepal’s Universal Periodic Review – a process facilitated by the United Nations whereby countries have their human rights record reviewed by Human Rights Council Member States, and recommendations are made for action. Nepal is going to be reviewed on 4 November 2015.

Our key recommendations include: