Anti-Slavery Director Aidan McQuade on our Anti-Slavery Charter, listing measures that need to be taken to end slavery. 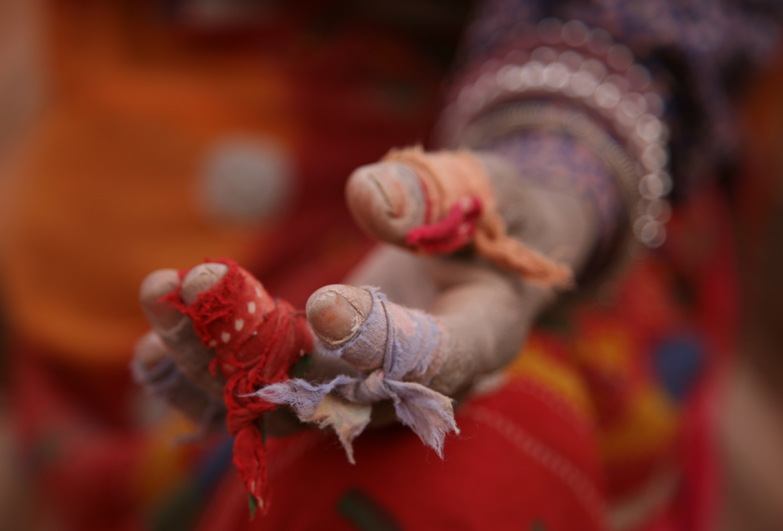 Anti-Slavery International exists to end slavery, so the Anti-Slavery Charter we publish today touches on the essence of everything we do.

Slavery is a political issue: in a very fundamental way it is about power, or, more precisely, the exclusion from power of groups of people so that they can be enslaved.

It is sometimes a result of the cataclysm of armed conflicts as we see in the tragic histories of Sudan, Syria and Nigeria. But slavery also exists because of the way we have chosen to establish national and international laws, policies and customs relating to development, employment, trade and business. It is in the opportunities provided by these systems that slavery flourishes.

For example, we see this when we consider the experiences of women exploited as domestic workers in the UK as a result of visas that are effectively tied to unscrupulous employers. In other words UK visa regulations directly facilitate enslavement.

We also see this in states such as Qatar, United Arab Emirates and Saudi Arabia, where the exploitation enabled by tied visas is compounded by restrictions on forming democratic trades unions that could fight for decent work for the tens of thousands of South Asians in construction and domestic work there.

Of course those states that enact measures that allow the enslavement of others would likely deny vehemently that the consequences are slavery. Slavery flourishes particularly well when it is not called slavery. For example, when it is conducted under the guise of marriage. This is a form of slavery that overwhelmingly affects girls and young women, and because it affects girls and women this is a form of slavery that is poorly acknowledged as such.

But the toleration of forced child marriage represents such a fundamental denial of the rights of millions of girls that it provides a fertile ground for the evolution of yet more egregious abuses such as the misogynistic depredations of Boko Haram and Islamic State. Ending forced child marriage is critical to advancing and promoting the rights of women and girls, and hence in ending slavery.

Of course, the corollary of the insight that slavery is about power and exclusion from power is that those approaches that are most likely to successfully reduce slavery are ones that empower those most vulnerable to it.

Education is fundamental. One of the reasons we see so much child labour, for example, in the agricultural sector of the Global South is that there are not enough schools, and where there are schools the quality of the education they provide is poor

Hence there must be a paradigm shift in the provision of education in particular to slavery vulnerable communities, such as the Dalits and Adavasi of South Asia. Girls’ rights must become central to education policy and practice in a way that they have never been, both in the provision of infrastructure, including separate, safe, sanitation facilities for girls, and in the curriculum. Human rights education must be foundational to break down the prejudices which contribute to the exploitation and violence that women and girls face every day. Girls and boys, should be provided with vocational and entrepreneurial education so that it provides greater opportunities for economic empowerment once they leave formal schooling.

Too frequently efforts against slavery are narrowly focused, for example, simply on passing legislation, or on its criminal justice aspects. But the causes of slavery are broader than these, and without proper understanding of this, anti-slavery efforts can be woefully inadequate.

Hence Anti-Slavery has drafted a new Charter, based on our decades of research and work against slavery, forced and child labour. The Charter highlights some of the most fundamental measures that must be enacted in order end the sorts of slavery abuses described above.

The Charter is broadly focused to respond to the wide range of processes that render people vulnerable to slavery across the world today. Consequently we believe it provides a blueprint for effective and comprehensive anti-slavery action.

We invite other NGOs, trades unions, businesses, governments and international organisations to endorse this Charter as a first step in a renewed effort to end slavery. And we challenge all those who claim to be concerned with the enslavement of so many millions across the world to match their words with urgent action.

Together, we can end slavery once and for all.

What the Anti-Slavery Charter calls for:

Read the full Anti-Slavery Charter. If you would like to  add your name to the Charter please contact Anti-Slavery Communications Manager Andy Wasley at a.wasley@antislavery.org.