Africa Programme Manager Sarah Mathewson on a challenging yet successful decade of working against descent-based slavery in West Africa. 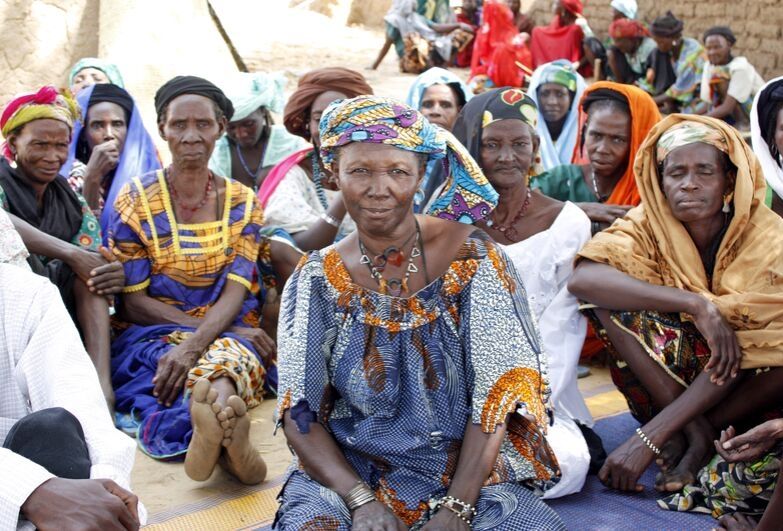 “I used to collect wood and fetch water for my masters daily, with no compensation or respite. I was never treated like a human being, but instead I was treated like a donkey, beaten to make it work harder.”

Tatinatt, who said these words, was born into slavery. She was owned by masters whose family hers had belonged to for generations. Under the total control of her master, she was treated like his property and suffered constant abuse and exploitation. This treatment is common in cases of descent-based slavery.

This year, Anti-Slavery International, alongside partner organisations in Mauritania, Mali and Niger, marked 10 years of projects to end descent-based slavery in West Africa.

We have come a long way since we started, helping thousands of people to leave their masters and establish new, independent lives. We have advocated for the rights of people affected by slavery, pushed through new laws and won landmark cases in national and international courts.

Tatinatt was one of the people we helped to escape and to rebuild her life. She settled in a village of other families of slave descent seeking to assert their freedom and educate their children, to break the cycle of slavery over the generations. She now says: “I never believed that a woman, especially a slave woman, could make her own fortune. But now I feel completely free – I am no longer a slave”.

This marks a real transformation. But as we have learned from our work, simply escaping slavery is only the beginning of a long and difficult process of learning to live in freedom. It can be enormously challenging without fundamental change to the social, economic and political structures that perpetuate slavery, and requires extensive support for the individuals affected.

“Momentum has gathered in our anti-slavery movement and we are determined to make descent-based slavery a thing of the past.”

People of slave descent, even after leaving slavery, still face pervasive discrimination. Illiterate and without identity documents, they can’t send their children to public schools or access services, and they struggle to find decent work and housing. True freedom doesn’t come easily.

Anti-Slavery focuses much of its efforts on building the self-sufficiency of slavery survivors, with amazing results. In Niger, alongside our partner Timidria, we have established nine community schools for people of slave descent. In Mauritania, hundreds of women have thrived after receiving training, equipment and funds to run small businesses like shops as part of our work with local partners SOS-Esclaves.

But we also focus on structural change through our advocacy, legal work and public campaigning. In Mauritania, we have had a major influence shaping and ensuring the adoption of anti-slavery laws. We have pioneered the first ever successful prosecutions of slave owners in the country’s history. In Niger, by winning a landmark case at the ECOWAS Community Court of Justice, we put slavery on the regional agenda and forced the Niger government to take action. In Mali, despite entrenched conflict, our awareness-raising and advocacy work has ensured that slavery is no longer a taboo subject

The political will and capacity of the authorities to act on slavery remain limited. The Mauritanian government still denies the very existence of slavery practices in the country, despite overwhelming evidence. In Niger, despite some encouraging progress by the Government, proper application of the law has yet to follow. In Mali, draft legislation criminalising slavery has been pending before the parliament for years, and the civil war in the north of the country has left limited funds to address slavery.

Yet despite these limitations, momentum has gathered in our anti-slavery movement and we are determined to make descent-based slavery a thing of the past.

Report: The difficult path to freedom

Read more about our work on decent-abased slavery in West Africa over the last decade in a newly published report.

Our key successes against descent-based slavery: 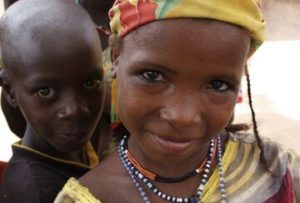 Our community schools in Niger that we founded with our local partners Timidria have been a ground-breaking unequivocal success that set people truly free from their masters.

The six schools were the first to provide education to children of slave descent. They have been obtaining some of the highest pass rates in the country, low drop-out rate, and high proportion of girls at school.

The schools have served as hubs for new communities escaping slavery. Services such as micro-finance schemes for members to start small businesses; confidence building advocacy training; and infrastructure development such as construction of wells, have helped the communities thrive.

The communities have now been successful in persuading the Government to officially take over the schools to ensure their sustainability, and to open three new schools for other communities of slave-descent. 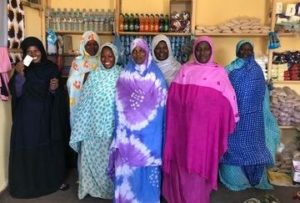 For a person born into slavery it is incredibly challenging to leave their master and embrace freedom. So together with our local partners SOS-Esclaves we have been providing the foundations for people to build their freedom on. Hundreds of children and adults of slave descent have received literacy training and practical training courses such as catering, sewing, veil dyeing and hairdressing.

The transformative effect of this work has been striking. For example, 180 women have thrived after an Anti-Slavery project gave them training, equipment and funds to run local co-operatives, which they developed into food shops and a clothing store. All shops are making a profit and enabled the women to look into their futures with optimism.