Women and girls in slavery in Mauritania face a lifetime of forced labour, abuse, rape and violence. They also face far greater difficulties in leaving slavery than men. This is why we wanted to present this gallery of women who were affected by slavery and inspire others to stand up against it.

Read the full feature on women and slavery in Mauritania. 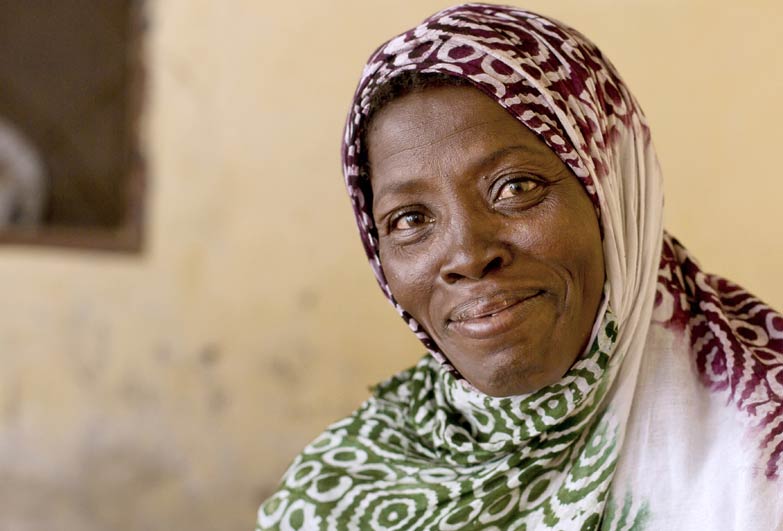 Moulkheir Mint Yarba lived in slavery until 2009. SOS-Esclaves facilitated her release after her brother brought the case to the association. They also advocated to get Moulkheir a monthly stipend from the State. “My life has changed. I arrived here like a crazy person; I didn’t even know how to behave around people. But it’s been with the help and support of the members of SOS-Esclaves that I have found a new life. I have even been trained in dyeing and sewing veils.” Unfortunately Moulkheir’s seven children have been unable to enrol in school, due to their lack of identity documents. 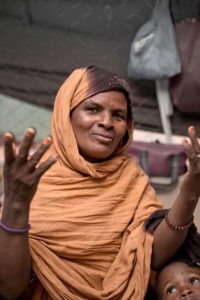 Choueida mint Mbowrik, a mother of eight children, lived in slavery until 2012, near Zouérate in northern Mauritania. Her brother Maatalla, who left his masters in 2004, fought for years for a military escort to assist him in looking for Choueida and her children, which they did in 2012.

None of Choueida’s children has ever been to school, and since their release from slavery, they have not been able to enrol as they have no identity documents – a problem that many Haratines face. She says: “The work of SOS-Esclaves is important because it allows slaves to find freedom, to live in real families, and to discover new prospects. I live with my brother who owns some land thanks to SOS-Esclaves. It was also the President of SOS-Esclaves that had this shelter built for me, which is very well-made. I live here with my children now. This is my first home.” 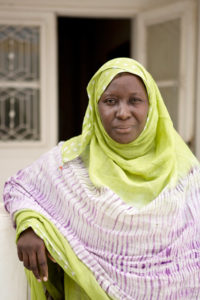 Fatimétou Mint Mohamed Nagi, member of SOS-Esclaves since it was created in 1995, and SOS representative in the Teyarett region of Mauritania. Fatimétou is responsible for raising awareness about slavery among local people and supervising action on slavery undertaken by members of SOS-Esclaves. “Slavery is hereditary and passed down the maternal line, which is why we are focusing on the liberation and emancipation of women in slavery. Men in slavery can often escape and leave their masters if they become aware of their situation, but women generally can’t. There may be children they cannot abandon or leave behind. For women in slavery, whether married or unmarried, their children are the property of their masters. He can sell them or give them away as gifts…” 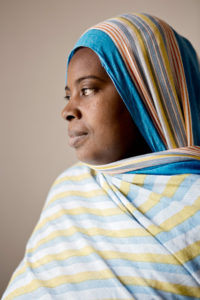 Mariem Mint Bougary, founding member of SOS-Esclaves in 1995 and Vice President of the organisation. “At that time, SOS-Esclaves represented the only opportunity there was for me to participate in the fight for freedom and for the emancipation of slaves in Mauritania. On my mother’s side there are still slaves in my family today… At the moment, one of the greatest obstacles to our work is that the State doesn’t enforce the laws against slavery.” 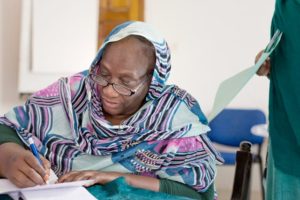 Aissa Fall, Deputy Technical Professor in Health, Consultant on Reproductive Health and Human Rights, founding member of SOS-Esclaves, board member in charge of health and support to women victims of slavery.

“As a member of the Haratine social group, I grew up in an environment where slavery was common. Very early on, these degrading and inhuman practices had an effect on me – I reacted against them. And I also grew up close to my brother Boubacar, so I was around this spirit of assistance, helping defenceless people without rights, who are those we call “slaves” in all the ethnic communities in Mauritania. I was therefore up for joining any group working on this issue. So when the El Hor movement came on the scene, I supported it. And the founding of SOS-Esclaves was like a godsend – I joined immediately, without question.” 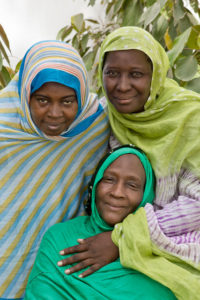 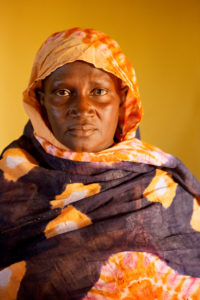 Aichana Mint Abeid, who lived in slavery. “I worked for a master who shared my services with his brother in Nouakchott. So I spent part of the year with one master and part with another. The last time I went to the master in Nouakchott, I was with my husband, the father of my children. But I wasn’t getting on with the wife of the master – even though I was doing all the housework for the family, for no pay – and so she refused to let my husband visit me at their home. One day I argued with her and she called two policemen, who asked me to go with them to the police station. But they weren’t police – it was a trick to force me back to my other master. My little twin boys were put under the seat of the car, and I was forbidden from reaching them. It was only when we arrived back in the village that they gave me my children back, after a journey of several hours.

In that moment I decided to leave my master. But he took me by force to the fields with his other slaves, where I was subjected to special surveillance by the field work overseer, under the orders of the master. So I fled along the river, using barrels connected by ropes attached to the shore. It was dangerous but I took the risk. With my cries, I alerted my cousin on the other riverbank, and he came to my rescue just as the slave overseer was pulling on the ropes to get me back to him. Thank God, I got to the other side.

It was through my cousin that I met Boubacar Messaoud, who helped me to liberate myself and take back all my children. Even now he and the members of his organization help me with everything. If today I meet a slave who wants to be free and enjoy their rights as a human being, I take them directly to SOS-Esclaves, because I know they will respond and help the person succeed.” 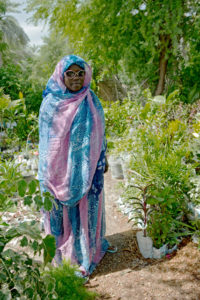 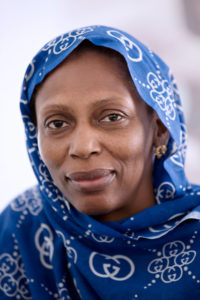 Mariem Mint Bilal, member of parliament and SOS-Esclaves member. “Belonging to the Haratine social group, I was lucky to go to university and to take up senior civil society jobs (both in trade unions and political parties). This experience quickly gave me a new understanding of the problems Haratines face in Mauritania and the scale of the struggle to overcome them. SOS-Esclaves plays a crucial and multi-faceted role in this. It seeks to accompany and protect victims, working to defend sacred human rights.”

“There are obstacles at every turn. Victims face problems around education, ignorance of the laws, a general lack of understanding, as well as social constraints (alienation, a sense of inferiority). And for SOS-Esclaves, the lack of resources is a barrier to effective work. And in addition to all that, there’s a lack of open, committed collaboration from the State and religious authorities in the fight against slavery.” 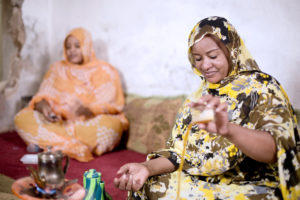 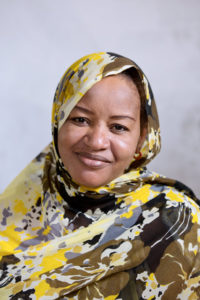 Khadijetou Kane, administrative assistant at SOS-Esclaves. “It’s so important for SOS-Esclaves to get more funding, so that it can help victims of slavery better. But at the moment we are having trouble even paying staff…” 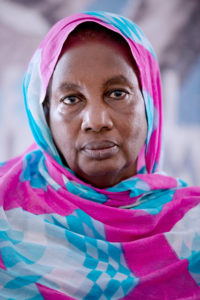 Mah Mint Semetah, trained midwife and Member of Parliament, member of SOS-Esclaves. “I became interested in slavery at a very young age. When I was eight, there was a dramatic situation of a relative who was a slave, who became ill. His masters abandoned him and my parents had to look after him until he died. So I was aware of this injustice from a very young age. I am honoured to be among the members of parliament who approved the law criminalizing slavery … but up until I left parliament this law had not yet been enforced.” 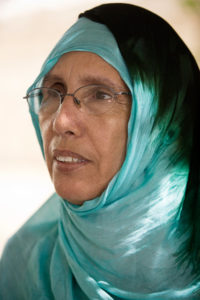 Aminetou Mint Moctar, President of the Association of Female Heads of Family, member of SOS-Esclaves since 2002 and current member of its Executive Board. “SOS-Esclaves was the first organization to highlight the issue of slavery, a taboo that has now been broken. SOS-Esclaves fought for Law 48 of 2007, and lobbied the Senate and Parliament to vote for its adoption, as well as lobbying the judiciary, with sit-ins and hunger strikes at the police minors’ department. We are all united with SOS-Esclaves for a strategy to ensure the long-term eradication of slavery in Mauritania.”

All women in the gallery were supported by or are members of our fantastic longstanding partners SOS-Esclaves. It is also a tribute to their tireless work.

This feature comes from the latest issue of our magazine the Reporter. To receive a paper copy of the Reporter by post please contact supporter@antislavery.org.

All of our members receive the Reporter automatically twice a year, sign up here to become a member.