Four years on from ILO Domestic Work Convention we need to do more to protect domestic workers worldwide. 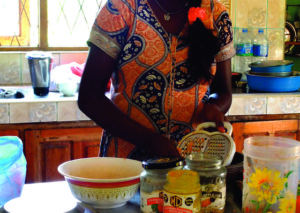 Today we celebrate the anniversary of the adoption of a very important instrument for the protection and recognition of the rights of one of the most disadvantaged categories of workers: Domestic Workers.

In 2011, the International Labour Conference adopted Convention 189 on Decent Work for Domestic Workers, and related Recommendation 201. These international instruments are a meaningful step towards making visible and formalise a sector which employs 53 million people worldwide – 83% of which are women and to guaranteeing them better protection in terms of working hours, wages, living conditions, rest periods, leave and social protection.

Since this landmark moment four years ago, domestic worker organisations and movements have grown. These movements strongly advocate and lobby with their governments for legal recognition and adoption of national and international labour standards.
However, in many countries, especially in South East Asia, domestic workers are still excluded from the labour law – they are not considered workers and their work is not recognised nor protected by the law. In addition to exclusion from the national legal framework, most countries have not ratified Convention 189 – with only 20 countries, mainly in Europe and Latin America, being bound by it.

Domestic workers, especially women migrants and girls below 18, are highly vulnerable to abuse and exploitation. From humiliation, verbal and sexual abuse within the employer’s household to denial of basic labour rights such as reasonable working hours and rest periods, decent wages, leave, and in the worst cases, restriction of movement, torture and slavery-like living and working conditions.

Despite all these challenges, domestic workers are not losing hope and are fighting worldwide to be recognised as human beings and as workers and to claim the rights they deserve. One such story comes from Tanzania, where, under an Anti-Slavery International supported project to reach out and empower child domestic workers, Angela de Benedicto learnt to raise her voice and claim her rights.

Today, Angela, a former child domestic worker who was exploited from the age of 16 and forced to leave her family and work for 17 hours a day for less than 8 dollars a month, is now the founder and director of her own organization, WoteSawa – which means ‘All are EQUAL’. WoteSawa works to support and empower child domestic workers in Tanzania through awareness raising, skills and entrepreneurship training, legal and psychological support.

Angela was recognised for her courage and meaningful work to improve the life of her fellow domestic workers in Tanzania by the Queen’s young Leaders Foundation and is currently in London to receive the award of a Young Leader from the hands of the Queen herself.

You can read her story here , and look out for more media coverage of her work. We hope there will be millions of other stories like Angel’s to be shared and from which to learn more about the achievement of child and adult domestic workers!