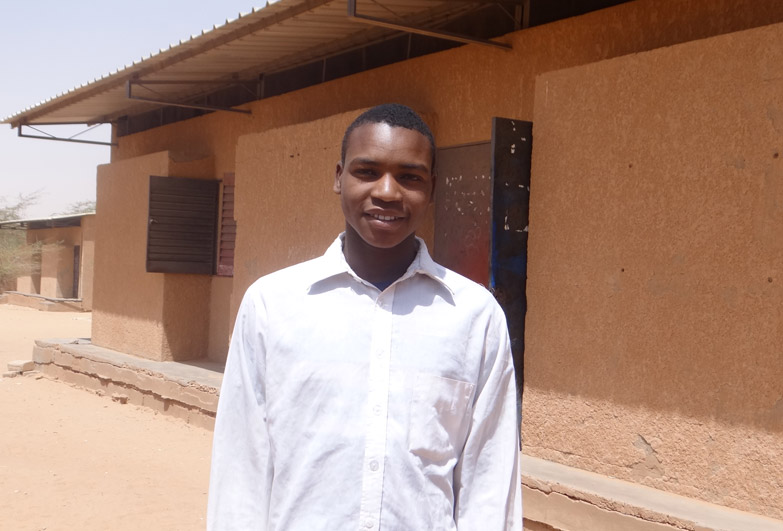 Adamou’s* parents lived under control of their masters until they settled in a village founded by Anti-Slavery International around its school project in Niger. As a result of this project, Adamou is now able to go to school.

“I’m 16 and in 6th grade (equivalent of year seven in the UK system) at Tchintabaraden secondary school. I am the first one in the family to go to secondary school, and this makes my parents very proud.

“I go to a boarding school away from my home village. I go to classes at the school in the morning and have a private lesson for one hour in the afternoon, I do my homework the rest of the time. As I have a heart condition, I can’t play sports with the other children. However, everyone else gets along and plays together here – both ‘Red Tamasheq’ and ‘Black Tamasheq’. [see the explanation below] 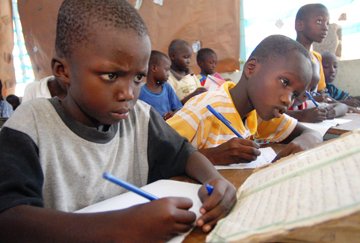 Keep updated on our work

“Life in my home village has changed a lot since the schools were built, they have made such a positive difference. People are now less poor and know so much more about their rights than before. However, I can only go back to my village during the school holidays, which I find difficult.

“There are no slaves in my village any more. I did see there were slaves in a village near ours, and I felt really bad. I wanted to help them out but I couldn’t do anything. If I can be someone important like the President, I could do something to help these people.”

My dream is to become the President of Niger. If I am the President, I would make sure there is enough food for Nigerien people, construct schools in every village, give a job to everyone, build new wells, and release people who are still in slavery.”

‘Red Tamasheq’ is the name given to members of the higher castes within the Tuareg ethnic group, who tend to have a lighter skin. Historically, they raided and enslaved the ‘Black Tamasheq, who are considered as people of slave descent and are heavily discriminated again, and who tend to have a darker skin.