As the Anti-Trafficking Monitoring Group (ATMG) publishes research on why survivor voices should be included in policy-making, here one survivor – Kimberley – explains her role in the project. 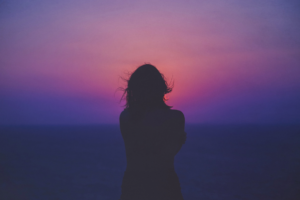 It’s been well over a year now since our project began. For me personally, it became a journey of personal development, career development – and ultimately empowerment.

When I arrived in London I was filled with excitement, anticipation, in trepidation and anxiety… the Tube, the noise, the smells, the sun reflecting off mirrored windows as we headed towards to the office to meet with the team: a sensory overload, permeated with excitement. When we came together we discussed the planning of the project and began the training. The coming together of survivors is incredibly powerful, and when they are handed the baton and given control of a project, they truly rise to the challenge. Suddenly all those dreams and aspirations that were taken away for such a long time, under the cruellest of circumstances, are returned and ideas, passion and insight quickly fill the room.

Then Covid struck. Not only did life come to a standstill, but the survivors returned one by one to living a life of confinement and isolation. After some deliberation ATMG decided they should try and continue, but it was clear that our plans of interviewing survivors wouldn’t be able to go ahead so we had to make changes.

I have always been passionate about the survivor voice being included in policy development. Survivors are experts by experience, which is something that non-survivors lack. However, as a result of victimising, the survivor voice is often ignored and silenced by patronising responses, turning the attention on to the individual’s pain or suffering. This often feels on par with gaslighting and bullying. Many non survivors working in the modern slavery field are unaware of how damaging their own language and ultimately ignorance can be. For example, I quite recently spoke to a former official who continues to work, high up the ladder, in the modern slavery sector and I was trying to instigate a discussion. I hadn’t made an inquiry, I wasn’t asking for advice, I simply wanted to hear their view. I was greeted with: “Oh Sweetheart…” and then they refused to engage with me.

It was clear the survivors, despite completely different backgrounds, had shared the same experiences. Survivors come from diverse backgrounds: they include mothers, doctors, teachers. They exist within each and every community. They are often multilingual and come with a wealth of expertise and qualifications. They are essentially You and I. It is important that You and I are involved in research, community building, policy making and so on, so that we can create a society that is inclusive and rich in diversity. But sadly, this isn’t happening.

I didn’t come away feeling disappointed that the project couldn’t be completed as initially planned, but with a clearer focus and understanding of the importance of survivor inclusivity. The opportunity for survivors to have their voices heard is key to their being able to self-empower. They can help foster a deeper understanding of best practice; their experience provides a holistic view of the modern slavery landscape, an in-depth knowledge and understanding of modern slavery policy frameworks, and a recognition of their strengths.

I am truly blessed to have got to meet and work with an amazing and incredible team of staff and survivors at Anti-Slavery International. Thank you ATMG!

Read the full report now, and listen to the researchers talk about their work in our new podcast series on YouTube.