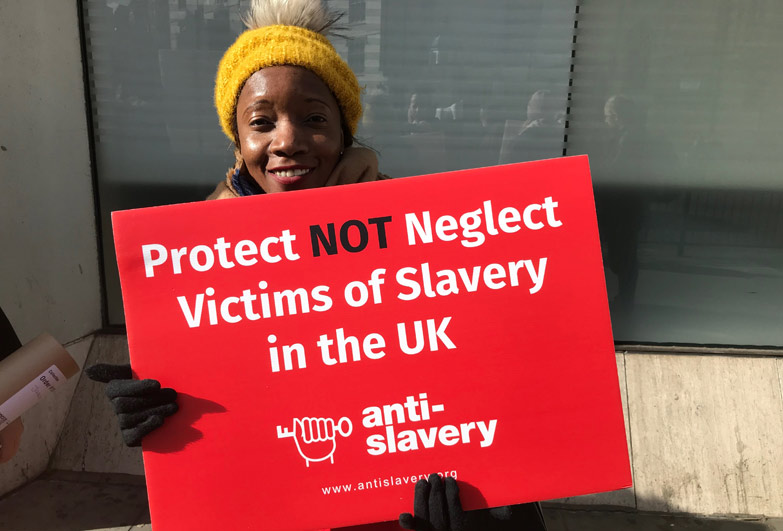 Slavery still exists, and children and adults are trapped in slavery on our doorsteps here in the UK. 6,993 people were identified as possible victims of trafficking in 2018 alone, including 3,137 children. Around the world an estimated 40 million people are enslaved.

In 2015 the UK Government passed the Modern Slavery Act to tackle modern slavery at home and called upon on other nations to work together to address this scourge. We are calling on the next Government to continue this high-level commitment to put an end to slavery globally.

Anti-Slavery International has been working to end slavery for 180 years and has an in-depth knowledge of what works. We therefore urge the new UK Government to take the following actions to solve modern slavery.

TAKE ACTION: Share our manifesto with friends and family and email or speak to your local election candidates and ask them to support our manifesto requests.

The UK lacks a coherent prevention strategy and although the number of people identified as possible trafficking victims rises year on year, prosecution rates remain low.

In industries where slavery is rife, exploitative practices continue unchecked. Doctors, teachers or social workers need to be supported to spot the signs of slavery early and prevent further exploitation, especially in the case of children coerced into ‘county lines’ practice, but services often lack the capacity to do so.

Victims of slavery with irregular immigration status are often too scared to come forward to the authorities. Identification as trafficked does not necessarily lead to permission to work and people can be left in limbo for years as they wait for trafficking and immigration decisions. Often in debt to traffickers, or with dependent family members reliant on remittances, they are vulnerable to re-trafficking.

The next Government should:

Responsibility for preventing, identifying and supporting victims of slavery currently rests with the Home Office. There are challenges with this approach which mixes victim identification and care with immigration enforcement priorities and can result in victims being treated as if they are criminals.

The next Government should:

As a member of the EU the UK has enjoyed close co-operation with member states to prevent slavery, dismantle criminal networks and provide care for victims. The UK Government should:

The 2015 Modern Slavery Act requires big companies to report on their efforts to tackle slavery in their operations. At the time the legislation was world leading. To continue to make sure businesses take their responsibility to end slavery seriously and make sure there is a level playing field for those businesses that already behave responsibly, the UK Government must:

The next Government should ensure the UK continues to lead global efforts to end slavery internationally by:

The UK should take action to help build the international movement to end slavery globally by: