High Court reversed Home Office’s cuts to support to asylum seeking victims and ordered it to repay the money. 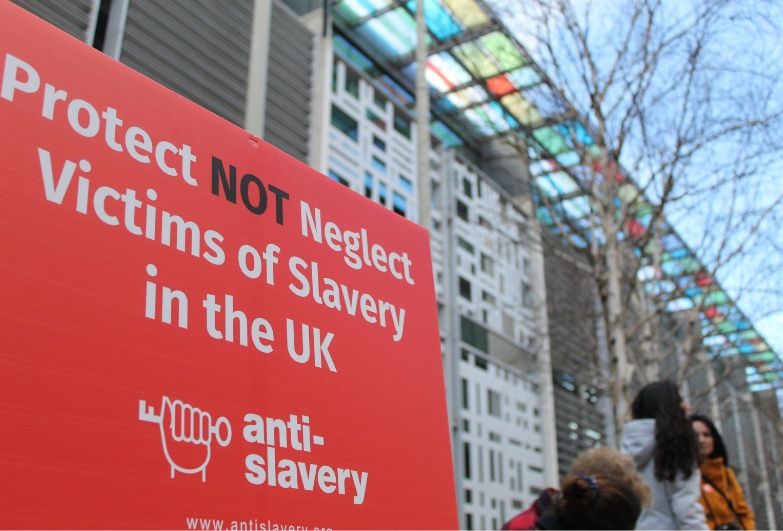 The Home Office cut the weekly support for asylum seeking victims of trafficking from £65 per week by over 40% to £37.75 on 1 March 2018, without any consultation or assessment of the potential impact of such cuts on the victims.

The victims argued that the cuts to their weekly subsistence caused a significant deterioration to their physical and mental health as they struggled to travel to support groups and other appointments. In one case the cuts made it difficult to maintain a strict diet required to minimise side effects of anti-retroviral medication the victim has to take for HIV virus that she contracted as a result of her trafficking.

The High Court agreed with them and ordered the Home Office to repay the money to all asylum seeking trafficking victims, backdated back to April 2018.

These back-payments are likely to exceed £1million. The Judge stated:

“The claimants and anyone else subjected to the cut are entitled to be repaid at the rate of £27.25 per week from the date that the cut was imposed on them until the date of repayment.”

In his judgment, the Judge also addressed the Home Office’s wider duties to victims of trafficking and modern slavery under the Modern Slavery Act 2015. Under the relevant provisions of the Act, the Home Office should have issued guidance to public authorities and other appropriate bodies about the indicators of human trafficking and modern slavery. This includes guidance on the assistance and support that should be provided to victims.

The Judge noted that no such guidance has yet been introduced and held that the Home Secretary has an “absolute duty immediately to issue the guidance that Parliament has required of him”.

“It’s a great win for victims of trafficking who are asylum seekers. Hopefully they will be able to breathe a bit more easily rather than worry what to put on their plates or how to access basic things such as healthcare or counselling.

“The cuts had a very adverse impact on the victims, ultimately increasing the risk of them being exploited again. One of the survivors in this case had been offered illegal work below the minimum wage and was considering it seriously, because he wasn’t able to survive only with the support of the state.

“It is important to highlight a difficult environment that slavery victims operate in, where a bureaucratic system isn’t supportive enough and responsive to their specific needs. We hope the Government will follow up on its commitment to support all slavery victims to fully recover from their ordeals.”

“I am so happy with the judgment and how it will help all the other victims affected by the cuts like me. I am so grateful to Nusrat, my solicitor, and also the barristers and Judge for his decision. I was so low because I was not able to do the activities which had been helping me before my money was cut. Now that I can afford to re-engage with my support network and activities, it makes me hopeful for my future.”

Nusrat Uddin of Wilson Solicitors, who acts for K, said:

“We are very pleased with the decision of Mr Justice Mostyn that these cuts were unlawful.

The cuts undermine efforts to defeat modern slavery by making victims more vulnerable at a crucial time when they are meant to be supported to recover and escape the influences of the traffickers.

For over eight months, our client has been denied all the services vital for her recovery from her past traumatic experiences. It is not a simple road to recovery for victims of trafficking and modern slavery. Many of our trafficking clients are too fragile to start formal treatment or are waiting for a long time before counselling or therapy is available. It is crucial that support groups and activities are accessible in order to empower victims to move forward in their recovery. The cuts prevented our client’s from maintaining contact with her support network or attending her counselling and vocational activities. It made her feel powerless again and she felt so hopeless about her future that she attempted suicide.

A back payment can’t make up for the lost time and support but we hope that at least now our client and others affected by these cuts can start to stabilise and rebuild their life again.”

“We welcome this judgment. Such a significant reduction to the subsistence payment forced our client into an increasingly untenable and, frankly, inhumane situation.”

The story of K

K is a vulnerable woman who was sex trafficked to the UK. She has depression and PTSD and was heavily reliant on support groups to maintain mental stability. After leaving her safe house, she was placed on the outskirts of greater London which made it more difficult for her to access the support network she had established over many months with the support of her safe house. When her weekly subsistence was cut from £65 to £37.75 per week, she could no longer afford to travel to and from her support groups and training programmes. This has been destabilising for her recovery as a victim as she has become socially isolated.

The story of M

M contracted HIV as a result of prolonged sexual exploitation. She suffers from PTSD and depression. She has to take anti-retroviral medication which side effects requires the maintenance of a strict nutritious diet. She was also heavily reliant on informal and formal support groups which were to be key stepping stones to more formal treatment, which she is not yet in a position to commence. The cuts have forced her into a position of having to choose between meeting her dietary needs and accessing therapeutic support for her recovery. The deterioration in her physical health has meant she has had to stop attending therapeutic support groups because she could not afford the cost of transport to access these groups necessary for her recovery.