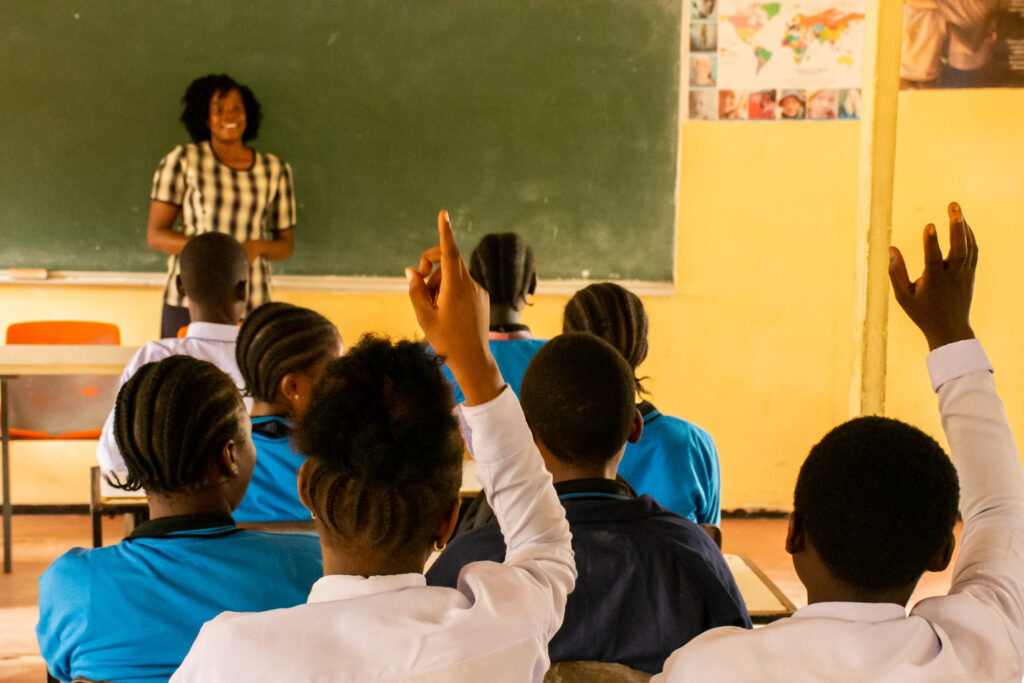 Freedom is a fundamental right for everyone, everywhere, always. But it can’t be taken for granted: modern slavery keeps around 50 million people worldwide from exercising their freedom – with children representing 1 in 4 people trapped in slavery.

At Anti-Slavery International, we work to end slavery so that everyone can live free from exploitation.

It isn’t easy to stop exploitation and secure freedom. But throughout our long history we’ve built the expertise, partnerships and knowledge needed to help prevent slavery in its many forms – including child slavery, forced labour and human trafficking.

What is modern slavery?

Modern slavery is the severe exploitation of other people for personal or commercial gain. It comes in many forms, including human trafficking, forced labour and child slavery.

Find out more about modern slavery.

We prioritise ending child and youth slavery, responsible business, migration and trafficking, and slavery and the environment. Here’s how we work to end modern slavery and secure freedom for everyone, everywhere, always.

We focus on achieving the long-term changes that are necessary to end slavery and secure freedom.

We work in partnership with survivors, international organisations, businesses, governments and communities to help achieve realistic and permanent changes in the systems that currently allow modern slavery to exist. These systems include international trade (and loopholes in trade law), the climate emergency, and weak rule of law. By working in this way, we have a bigger impact, longer term.

Clothing and textile fabrics in Mauritius are exported all over the world. In early 2022, they were among the top five goods imported to the UK, worth a combined £24.1 million.

We’ve been working with governments, businesses, trade unions and migrant groups in Mauritius, Bangladesh and Madagascar to help make sure that migrant workers who make these garments – and support the Mauritian economy – are  informed about their rights, can better protect themselves, and enjoy access to remedy when such rights are violated.

We work directly with survivors and survivor-led organisations, and make sure they and their views are at the heart of our work.

Through our direct interventions worldwide, and in our work with the Anti-Trafficking Monitoring Group, we make sure survivors’ voices are heard by the people and organisations that can make the changes needed to help prevent and end modern slavery.

Supporting survivor-led research into slavery in the UK

Over several years we supported a research project, researched and written by people with lived experience of modern slavery, that looked at the UK’s current system for supporting people as they rebuild their lives after their exploitation. The survivors also worked on a podcast about their experiences and work.

The work will help us and our partners to campaign for a better deal for survivors of modern slavery in the UK.

Activism has been at the heart of our work for more than 180 years. But we don’t campaign alone: we’re part of a global movement against slavery, and we use our expertise, campaigning experience, partnerships and knowledge to help that movement work in unison.

Our supporters are a vital part of that work, helping us to campaign in communities, companies, universities, schools and more, so that everyone understands the impact of modern slavery – and can help us to end it.

We’ve been working closely with charities, NGOs, human rights groups and workers’ organisations in Turkmenistan and Uzbekistan to challenge the widespread use of forced labour in cotton harvests. Sadly, millions of people have been forced to toil in cotton fields in a system that led to tonnes of slavery-tainted cotton finding its way into supply global chains.

In March 2022, we were able to announce that in the 2021 Uzbek cotton harvest, there was no evidence of systemic forced labour for the first time since the campaign started in 2007 – a huge achievement for the workers of Uzbekistan, and for the country as a whole.

Sometimes it‘s difficult to believe just how deep-rooted modern slavery is; often it hides just out of view, concealed by complex social and political issues that allow society and governments to look the other way. We won’t allow that to happen.

Through our research, our work with the media and our campaigns, we make sure modern slavery remains part of the public and political agenda so that people understand the pressing need to stop exploitation, right now.

Most people realise that the climate emergency is going to affect people’s lives all over the world – but the link between climate change and modern slavery had received little attention until we published a groundbreaking report into the vicious circle that links exploitation with the climate crisis.

Our work was reported widely in the media, and is now shaping the way we and our partners address the effects of climate change on people who are vulnerable to exploitation.

International human rights instruments – treaties, conventions and legal bodies – have a huge role to play in the campaign to end modern slavery. But these instruments are facing enormous pressures, from Covid-19, to the climate emergency, and the rise of political turbulence. We can’t afford to let slavery prosper as a result.

That’s why we work directly with organisations and institutions such as the United Nations, European Union and other regional blocs, as well as national governments, to make sure the campaign to end slavery is always high on the agenda when laws and regulations are being developed. We also make sure the issue is understood properly, using our research, experience and work with survivors to help frame laws and regulations that make a genuine difference.

A staggering ten million children are believed to live in exploitation worldwide – a critical issue that needs to be addressed urgently. Ending child exploitation means tackling the legal and cultural systems that allow it to persist.

We’ve worked with communities and governments across the globe – from the UK to Nigeria to India – to make sure children are given the legal and cultural protection they need to grow up free from modern slavery. In Ghana and Tanzania, we’re working closely with advocates to make sure child domestic workers understand and have access to their legal rights. This includes child domestic worker advocates themselves.

This is all challenging work. We’re a small team, but we have an impact that far exceeds our size.

This is only possible thanks to the support of our supporters – today’s abolitionists, whose support helps continue a campaign for freedom that started more than 180 years ago.

If you want to get involved in the movement to end slavery, here’s how you can help.