Today, 10 March 2022, Anti-Slavery International, together with the Cotton Campaign, celebrates the historic achievement of the elimination of state-imposed forced labour in the 2021 Uzbek cotton harvest.

For almost 15 years, the Cotton Campaign, a coalition of international human and labour rights NGOs, independent trade unions, brand and retail associations and others, of which Anti-Slavery International has been a member of since its early stages, has been at the forefront of human rights advocacy to end state-imposed forced and child labour in Uzbekistan. Anti-Slavery International, with our supporters, used various methods to put pressure on the Uzbek government to end the practices.

Uzbekistan now has the potential to become a key sourcing country for cotton textiles. However, the Uzbek government must introduce broader reforms to make sure cotton workers enjoy decent work. International companies must commit to only responsibly source from Uzbekistan, as wider labour rights risks remain.

When the Cotton Campaign launched in 2007, the Uzbek Government was forcing over 1 million children and adults, including medical staff, public sector employees and students, to pick cotton every year during the harvest. Since 2010, the Uzbek Forum for Human Rights – Cotton Campaign’s frontline Uzbek partner – has conducted independent monitoring of the annual cotton harvest. The Uzbek Forum’s 2021 monitoring indicated that, for the first time, there was no systematic state-imposed forced labour.

Over the past 15 years, the Cotton Campaign and Uzbek activists used a wide range of tools to support Uzbek people to claim their freedom. The Uzbek Cotton Pledge, which was a commitment by brands and retailers to not use Uzbek cotton in their products while it was produced with state-orchestrated forced labour, was critical to the success. The Pledge has over 300 signatories.

At Anti-Slavery International, we raised awareness of the abuses and our supporters campaigned to encourage brands to sign the Pledge. We also advocated at governmental, UN and ILO levels to put pressure on the Uzbek government to end its forced labour system. None of this work would have been possible without the brave work of Uzbek civil society, human rights activists, and labour monitors, who worked at the risk of harsh retaliation by the Uzbek Government.

Now with the elimination of state-imposed forced labour, the Pledge will be lifted, ending the Cotton Campaign’s call to boycott Uzbek cotton. International companies now have the opportunity to support responsible sourcing of cotton and textiles from Uzbekistan.

As business return to Uzbekistan, companies need to be particularly mindful that Uzbekistan’s human rights reform process still has a long way to go. Human rights due diligence should be standard practice for all companies; but it is particularly vital in the Uzbek textile industry due to the high risks of labour abuses.

In the 2021 harvest, the Uzbek forum found isolated incidents of forced labour as well as cases of exploitation of farmers, and there are ongoing wider restrictions on freedoms in the country. Crucially, the Uzbek government must introduce reforms that allow workers to exercise their rights to freedom of association, assembly (protest) and expression. Independent trade unions and civil society must be able to register in Uzbekistan, and media must be able to operate freely. Identified issues of corruption in the privatisation of the cotton sector must be addressed. 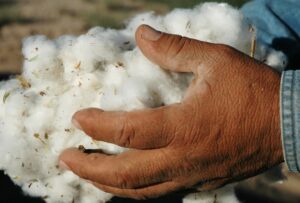 With risks of labour and other abuses still high in the cotton sector, companies must exercise human rights due diligence in all aspects of their interaction with the Uzbek textile industry. Companies must not suddenly begin sourcing from Uzbekistan, without making sure labour rights are respected, can be meaningfully monitored, and that workers can collectively bargain, raise grievances and access remedy.

This is why the Cotton Campaign has developed a Framework for Responsible Sourcing. This framework will allow international companies, cotton clusters, and labour organisations to work collaboratively and at scale, to establish and maintain decent work principles and practices in the Uzbek textile industry. By engaging in this framework, companies can meet their responsibilities under the UN Guiding Principles on Business and Human Rights and emerging due diligence laws, while encouraging the opening up of the Uzbek textile industry globally. Companies interested in this framework should contact the Cotton Campaign.

Here at Anti-Slavery International, we welcome this positive news and thank all of the brave, committed activists, professionals and supporters who have enabled this critical change to happen. As we now welcome what we hope will be a new era in labour freedoms in Uzbekistan, we call on the Uzbek government and international businesses to protect and respect the rights and freedoms of all their workers so that these new measures are sustainable and long-living.