“We were only there to work. It felt like I was in jail”. Laboni, Nepal

We believe everyone, everywhere has the right to a life free from slavery. But right now, millions of children and adults are trapped in slavery in every single country in the world. Including yours.

Modern slavery is the severe exploitation of other people for personal or commercial gain. Modern slavery is all around us, but often just out of sight. People can become entrapped making our clothes, serving our food, picking our crops, working in factories, or working in houses as cooks, cleaners or nannies.

From the outside, it can look like a normal job. But people are being controlled – they can face violence or threats, be forced into inescapable debt, or have had their passport taken away and are being threatened with deportation. Many have fallen into this oppressive trap simply because they were trying to escape poverty or insecurity, improve their lives and support their families. Now, they can’t leave.

40 million people are estimated to be trapped in modern slavery worldwide: 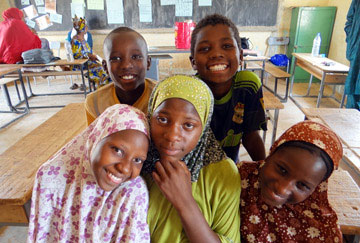 Join us for freedom

Everyone, everywhere, should have the freedom to make safe, dignified choices about their lives.

Join us to deliver freedom

Modern slavery takes many forms. The most common are:

People end up trapped in modern slavery because they are vulnerable to being tricked, trapped and exploited, often as a result of poverty and exclusion. It is these external circumstances that push people into taking risky decisions in search of opportunities to provide for their families, or are simply pushed into jobs in exploitative conditions.

Freedom for everyone, everywhere, always.

Anti-Slavery International works with a movement of like-minded organisations to secure freedom for people in, or vulnerable to, modern slavery. We change the systems that enable people getting trapped in slavery – social, economic, legal, political – so that people can live free from fear of being cruelly exploited. We also

By working together, untangling person after person from slavery and dismantling the systems that enable exploitation, we can deliver true freedom to people across the globe.

Subscribe to our emails to hear latest news about modern slavery, our work against slavery around the world, and different ways you can get involved. You can unsubscribe whenever you want.