Overcoming childhood experiences of trafficking to help others escape exploitation

Child labour is widespread in Nepal, where children are often expected to work from a young age. Laboni was trapped and exploited in an orphanage when she was a child.

Laboni was able to leave and  joined our project run by our in-country partner SASANE.  The program trains survivors of trafficking to become paralegals and organises placements in police stations, where not only can they build up their skills and confidence, but they can also help improve the police’s response to other trafficking cases.

“I come from a very poor family. We had no regular source of income. We lived in a remote village, and most of the time I didn’t go to school because I had to work in the fields.

“When I was seven I broke my arm while playing. There was no hospital nearby, so my parents took me to a witch doctor. His treatment failed and the blood stopped circulating in my arm. My parents sold our land and used the money to take me for treatment in Kathmandu. They had to amputate my arm.

“My father sent me to an orphanage in Kathmandu when I was nine… I was confused and heartbroken.

“The orphanage owners – a husband and wife – said I could stay there and they would send me to school. At first everyone treated me well, but then they asked me and the other three children there to do all the household works.

“We washed the clothes, cleaned the rooms and cooked all the food. We were even taken to their relative’s house and told to do work for them too.

“If we did not do the work properly, they would beat us. They pulled my hair, sometimes they slapped me.

“That was not really an orphanage, the name was just a cover for them. We were only there to work. It felt like I was in jail. I hope I will never meet them again in my life.

“We were only there to work. It felt like I was in jail”.

“I was there for two years. I stayed because I wanted to study, and my parents could not afford it.

My parents were not allowed to come to the orphanage. I could only meet them at school. The owners were afraid we would expose their behaviour to our parents.

I felt so happy when I left. The owners were very angry. They did not hand over our possessions and they did not pay us anything.

I’m very happy doing this [paralegal] work. When victims come, I feel like I can empathise with them. I understand them more because of what I’ve been through.” 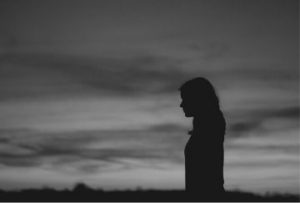 Read more about the program we support to address child exploitation in Nepal.