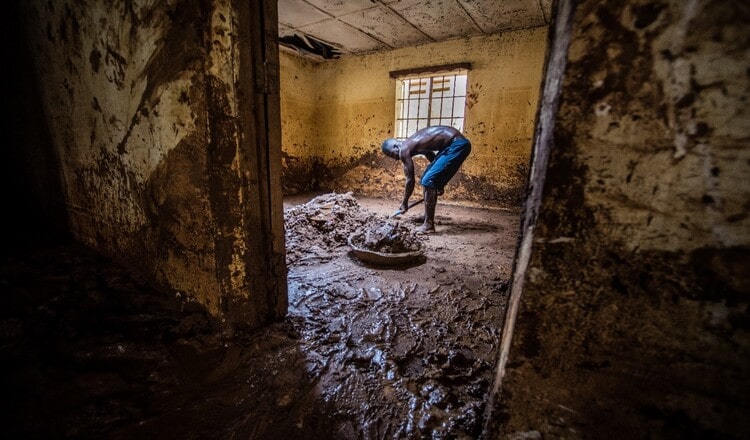 Climate change and modern slavery are linked closely together in a vicious circle.

Climate-induced disaster, environmental degradation and growing scarcity of resources are affecting many communities, driving millions of people into poverty and forcing many to migrate in search of work, food or safety. In many cases, victims of the climate emergency will be left more vulnerable to forms of modern slavery, including human trafficking, forced labour and child slavery.

Three of the ways that climate change and modern slavery are linked:

These problems are especially acute in low-income countries, which tend to suffer most from the impacts of climate-induced disasters. Low-income countries also find it hardest to recover from the loss and damage caused by devastating floods, droughts, heatwaves, cyclones and rising sea levels – leaving many millions of people worldwide trapped in situations where they can be exploited.

We must make sure people are protected from the consequences of climate change.

Nobody should be driven from their home, to then be exploited and pushed into modern slavery. It’s clear that this is going to be one of the most challenging campaigns ever mounted by Anti-Slavery International, but we can’t afford to step back: without a coordinated international effort to tackle this problem, millions more people may be pushed into modern slavery because of the injustices created by climate change.

What do we want to see?

We want to see a concerted global effort to address climate change and how it fuels human trafficking and modern slavery.

By 2025, we aim to make sure governments, power holders, businesses and other stakeholders recognise climate change and environmental degradation as a major reason why people are exploited in modern slavery.

We are building a global movement, with participation from partners in the Global South and the communities most affected by the climate emergency. We are campaigning for laws, policies and support that will break the link between climate change and slavery. We must work together so we can better protect people who are facing the impacts of climate change, from being left vulnerable to slavery as well.

What are we doing about it?

We have identified important ways in which people can be protected from slavery that is driven by the climate crisis. That is why we are working with the UN, EU, and international bodies to make sure they are adopted:

Our work on climate change is at an early stage. In 2021 we published a major research report examining the vicious circle that links climate change to modern slavery. Later on in 2021, we partnered with the International Institute for Environment and Development (IIED) to publish a report on the relationship between climate change, forced migration and modern slavery.

We are building on this, and on our close relationship with civil society organisations, trade unions, international bodies and other stakeholders, to make sure the international effort to tackle climate change includes the pressing need to tackle modern slavery too.

Our research. Find out how climate change and exploitation are linked in a vicious circle – and how the cycle could be broken. Read our research reports: From a Vicious to a Virtuous Circle, and Climate-induced Migration and Modern Slavery.