Mauritania is one of the last countries in the world where people are still born into slavery and literally owned by other people, facing a lifetime of abuse and forced labour.

Alongside our local partner SOS-Esclaves we help people escape from slavery and rebuild their lives as free people.

We provide initial financial support and shelter, we provide a basic education training for both children and adults since they cannot access state education, even after escape, due to the lack of birth certificates. We also help survivors into longer term vocational training and provide microloans so they can become financially independent. We support many in releasing family members who are still in slavery.

We work to expand and train the network of SOS-Esclaves’ members based across the country, so they can support people escaping slavery in their local areas more effectively.

We offer legal assistance to prosecute former masters. Taking cases to courts is very challenging. Although slavery was criminalised in 2007, the slave-owning classes still dominate the judiciary and the police. Delays and failures to follow due process are very common.

However, we achieved the only two successful prosecutions of slave owners in Mauritania’s history. We have nearly 40 cases going through the courts right now.

We also lobby the government to implement laws and policies protecting people from slavery. Although a new anti-slavery law was passed in 2015, the government remains reluctant to translate it into action, cracking down on anti-slavery activists instead. 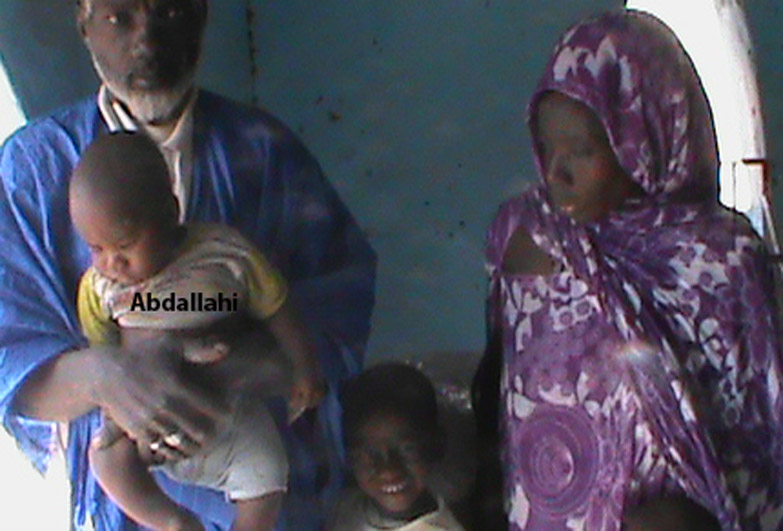 ‘I was the property of four masters from the same family. They shared me, so each one had a period of the year where I was at his service.

I herded their goats from a very young age, but I was never allowed to milk the goats to feed myself or my children. Sometimes my children and I would go for several days without eating.

Now I can hope for a better future. All I want is to live a dignified life, and be able to feed and educate my children.’

With our support, Fatimata’s master was convicted for slavery in a landmark case in May 2016.

Although no definitive survey was ever carried out, thousands of people are estimated to be in descent-based slavery. Born into slavery, they are literally owned by their masters.

They face a lifetime of exploitation and abuse.

Women are commonly raped and forced to bear their masters’ children, who in turn also become their slaves.

Whilst people in slavery in Mauritania are not chained or publicly beaten, they remain totally dependent on their masters.

Under a misguided interpretation of Islam, those in slavery are told that their paradise is bound to their master. Many believe that it is Allah’s wish for them to be enslaved. In reality, Islam dictates that a Muslim cannot enslave a fellow Muslim.

It is extremely difficult to run away from slavery. Mauritania’s caste-based society means that even those who escaped slavery are still considered to be part of the ‘slave-caste’ and are ostracised.

Slavery has been criminalised since 2007 but the law has not been implemented. A new law, passed in 2015, offered some new promise, but the government is reluctant to admit that slavery even exists in the country, let alone to seriously tackle it. Instead, it has been very hostile to anti-slavery activists, cracking down on any attempts to mobilise the Haratines.