Over 180 years of fighting slavery

Helped establish the Brussels Act, the first comprehensive anti-slavery treaty, which allowed the inspection of ships and the arrest of anyone transporting slaves.

Played a pivotal role in ending the activities of the Peruvian Amazon Company, which was using indigenous slave labour in rubber production.

Influenced the content of the Supplementary Convention on the Abolition of Slavery.

Supported an Indian NGO initiative for the establishment of the Rugmark Foundation.

Successfully campaigned for the abolishment of bonded labour practices in Nepal.

With local NGO Timidria conducted a survey that led to the criminalisation of slavery in Niger.

The United Nations’ decision to create a new Special Rapporteur on Contemporary Forms of Slavery. They will report directly to the UN Human Rights Council on measures that Governments need to take to tackle slavery practices in their respective countries. This is the first new UN mechanism on slavery in over 30 years.

We supported a former slave, Hadijatou Mani in international ECOWAS (the Economic Community Of West African States) court that found the state of Niger guilty of failing to protect her from slavery . The ruling set a legal precedent for Niger and all other ECOWAS state to protect people from slavery.

Following the campaign by Anti-Slavery International and Liberty in June, the UK Parliament introduced a criminal offence of forced labour in the Coroners and Justice Act 2009.

We successfully campaigned to force the UK government to sign up to a new EU anti-trafficking law, providing legal basis for protection and justice for trafficking victims. 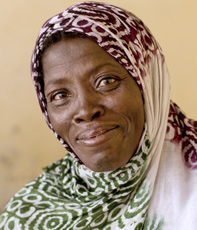 We have a long history of making a difference and we continue to make it today. Check below what we do today to support people like Moulkheir out of slavery and to end this abuse across the world.

We want you to join us in making a difference and support our work.