New report on how we can put an end to human rights abuses and environmental harm linked to EU companies through new EU laws. Blog by Rocio Domingo Ramos, Business and Human Rights Officer, Anti-Slavery International. 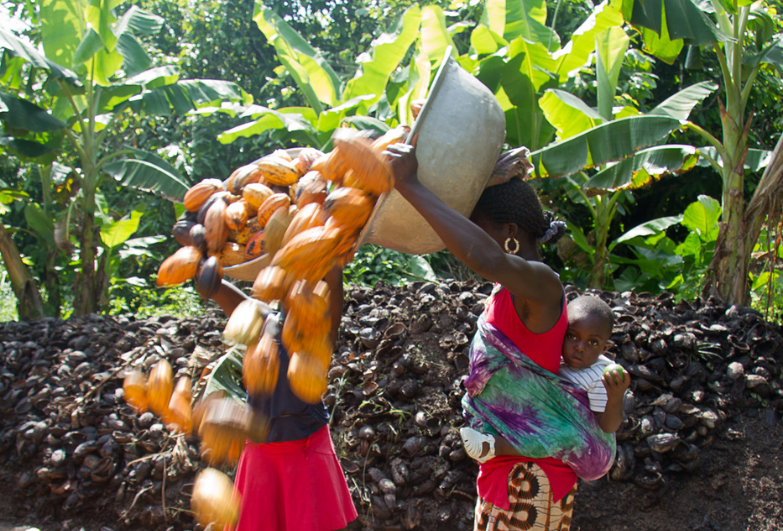 On 11 September eight years ago, a fire ripped through a building killing 258 people and seriously injuring hundreds of others. The fire was caused by lax fire safety measures and a failure to protect the people who worked to produce garments for German retail giant KiK. The tragedy at the supplier’s garment factory in Pakistan led to victims and their families reaching out for justice to the European court, but eight years on justice has yet to be delivered.

“The survivors and families waited many years for justice, to be told we waited too long. It takes a lot of time to organise such a case from Pakistan. Our children still go to factories with the same conditions.” Abdul Aziz Khan, Ali Enterprise Factory Fire Affectees’ Association

Sadly, this is not the only instance of corporate harm that we have seen over the past few decades. Some of the EU’s largest and most well-known companies have been linked to human rights abuses and environmental harm in countries around the world. This issue is widespread across different sectors, from EU-based automobile and cosmetic companies linked to child and forced labour in India and Madagascar, to exploited workers in the supply chains of chocolate companies sourcing from West Africa and Turkey. In China, workers produce 75% of all the world’s toys, but many are subject to long shifts, few breaks and dangerous and unsanitary working and living conditions.

“The line leader said that we needed to meet the quota regardless of how late we had to work or how much overtime we had to do. Workers should be working every second. If the quota was reached but the shift had not yet ended, workers still need to continue doing the task before them.” From the journal of an undercover investigator, Wah Tung Factory

In April 2020, the European Commissioner for Justice, Didier Reynders made a milestone announcement and publicly pledged that the European Commission will introduce a proposal for mandatory human rights and environmental due diligence legislation (‘mHRDD’) in 2021 which could mean a major move forward for vulnerable workers around the world.

Today, we launch a joint case study report with our partner the European Coalition for Corporate Justice featuring case studies of negative corporate impacts linked to EU companies and demonstrating how these could have been prevented if the mHRDD law had been in place. EU-wide mHRDD legislation would have made a difference to both people and planet, obliging companies to seek ways to ensure respect for the rights of workers and communities, holding companies to account, and ensuring that when companies fail to work to protect workers, victims can call for justice in EU courts and companies held liable.

In our report, we show how effective EU legislation could have a real impact on the ground for workers and communities.

How can we make sure this EU law will be effective in protecting people and planet?

“The best and only way to properly understand corporate human rights risks is to understand the qualitative perspectives of rightsholders who experience them.” Linda Alkalash, Executive Director at Tamkeen, a Jordanian non-governmental organisation that works on promoting the principles of human rights

Anti-Slavery International, together with our partners ECCJ, ActionAid, Amnesty International, Clean Clothes Campaign, CIDSE, ECCHR, FIDH, Friends of the Earth, Global Witness and Oxfam laid out our vision of the key elements that the EU law should include.

To ensure that policy translates into best practice, national, local and grassroots organisations working with people affected by corporate abuses must be in the conversation. The report outlines the devastating effects of EU companies on people around the world – these victims and their representatives must be central in all debates on the law.

Upcoming discussions at the EU level will focus on the elements of this legislation and we will need to ensure that the legislation will be fit for purpose to adequately address child labour and forced labour in supply chains. It is more important than ever that our global partners are involved and that we bring the voices of workers and affected communities into designing the laws that must protect them.