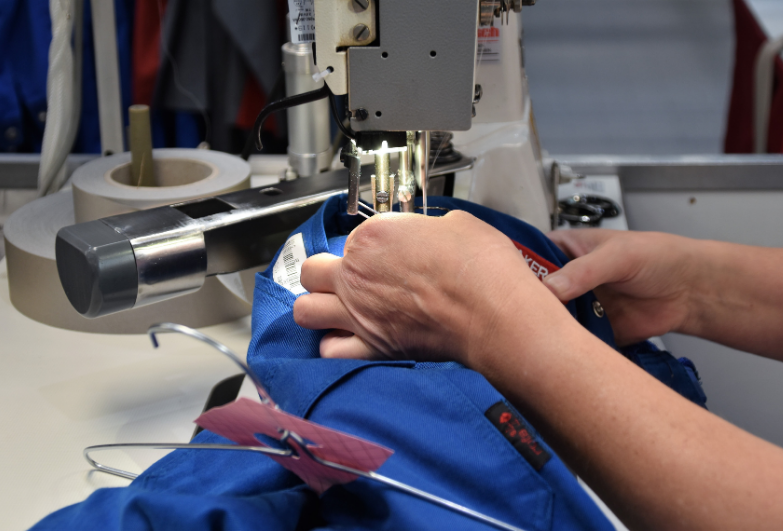 Everyone likes a bargain, particularly in fashion: a tempting opportunity to grab something beautiful at an incredibly low price. Life’s hard at the moment. The economy is shuddering, many people are out of work, and incomes are falling – what’s wrong, then, with giving in to temptation and snapping up cut-price clothes?

The problem is that there can be a dark trail of human misery behind those low prices. Last week a senior lawyer, Alison Levitt QC, released a report into the bargain online fashion chain Boohoo. She looked at just a small part of the business’s UK supply chain – the long list of textiles and clothes manufacturers and warehouses whose products end up on Boohoo’s website – and found serious concerns about workers’ human rights, right here in the UK.

Many of Boohoo’s suppliers are based in Leicester – indeed, the company is the biggest single buyer of textiles products from factories in the city. Ms Levitt found workers in those factories faced unacceptable and dangerous working conditions, and in some cases received illegally low pay.

Ms Levitt was also scathing about Boohoo’s management. While Covid-19 tore through Leicester this summer, Boohoo’s managers did not stop to ask what effect the pandemic was having on suppliers’ workers – instead, their concern was primarily to meet increased demand. Clusters of infections in suppliers’ factories should have been a warning sign that workers needed proper support. But Ms Levitt writes: “Boohoo has not felt any real sense of responsibility for the factory workers in Leicester and the reason is a very human one: it is because they are largely invisible to them.”

You should feel shocked about this. But the sad truth is Ms Levitt could find no evidence of criminal wrongdoing by Boohoo. Although the poor conditions in suppliers’ factories were widely known for years before the pandemic, Boohoo had taken few steps to ensure proper protection for workers. In fact, it had no legal obligation to do so. Under the 2015 UK Modern Slavery Act Boohoo’s only obligation is to produce a statement reporting on the steps it has taken to prevent modern slavery. Yet, there are no sanctions for not producing a statement, or for producing one that fails to commit to real action

This problem isn’t just about Boohoo. Other fashion brands and major companies also have to face up to the problem of modern slavery, and we need to make sure they do. That’s why we and other organisations concerned with modern slavery have been calling on the UK government to introduce a legal requirement for firms to take responsibility to identify and tackle human rights abuses in their entire supply chains.

This approach – known as human rights due diligence – is an effective way to make sure firms here in the UK and overseas take steps to ensure workers are given the basic dignities of safe working conditions, reasonable hours and decent pay. Many leading UK businesses already take such steps, showing the change we need is possible. But without a legal obligation over all companies, there is no driver for all companies to follow suit.

I’d like to be optimistic – but it’s not easy. On Wednesday, Boohoo said it planned to make “substantive, long-lasting and meaningful change” to its business, but this will require a huge shift in its culture and business model. We need to see Boohoo make a serious commitment to review how it purchases goods, works with its suppliers, supports trade unions and – critically – protects workers from exploitation.

While we wait for the UK government to introduce the legal changes needed, consumers and investors also have power to put pressure on Boohoo and other businesses to make these changes. You can choose to exercise ethical choices in how you spend money on everything from food to fashion. You can check companies’ websites to see if they have a proper modern slavery statement. You can write to them to ask what they’re doing to protect workers throughout their supply chains. And if you have serious suspicions about exploitation in any workplace, you can report it confidentially to the Modern Slavery Helpline on 08000 121 700.

Do all of this, and you can enjoy fashion free from exploitation – and even, perhaps, the occasional ethical bargain.