Director of CORE Coalition Marilyn Croser on the failures of big companies to report on slavery risks in their supply chains. 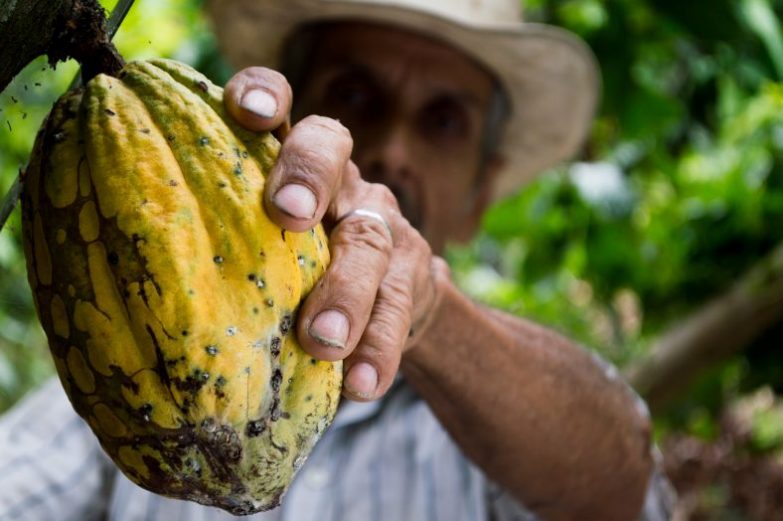 ‘Risk Averse’, a new report from the CORE Coalition, provides a snapshot of company statements published in compliance with the Modern Slavery Act 2015. Even if it’s not a full picture, it’s clear that many big companies have a long way to go to even know the risks of slavery in their supply chains, let alone to tackle them.

The Modern Slavery Act requires companies with an annual turnover of over £36 million operating in the UK to publish a Slavery and Human Trafficking Statement, providing information on their supply chains, policies on modern slavery, identified slavery risks and steps taken to mitigate them.

We looked at 50 statements and examined whether and how companies include information on particular raw material and sector-specific risks. The focus was on companies that source raw materials associated with a heightened risk of modern slavery – cocoa from West Africa, mined gold, mica from India, palm oil from Indonesia, and tea from Assam – and businesses operating in sectors that have been linked to poor labour practices: garment production; hotels and accommodation; construction; football clubs; and outsourcing companies.

While we found several companies including Mars, Nestlé and Unilever beginning to integrate their approach to addressing the risks of slavery and human trafficking into wider human rights strategies, there were also many examples of corporate complacency:

Acknowledging and understanding the potential risks of modern slavery is crucial: if business cannot identify their risks, they cannot begin to take effective action to address those risks.

Our report considers a very small proportion of published reports so it’s hard to draw broader conclusions about private sector engagement with the issue. However, the companies we studied include a range of well-known brands with ample resources to invest in modern slavery prevention. If these businesses, many of which make great efforts to promote their brand ethics are showing signs of complacency in disclosing risks, then can we expect a higher standard from others?

Moreover, our analysis found that almost two-thirds of the companies reviewed do not make reference to specific risks of slavery and trafficking in their sector or in relation to the raw material supply chains that we considered. If businesses continue to provide limited detail in their statements, then the UK Government should amend the Modern Slavery Act to make it compulsory for firms to include specific information on topics including risk assessment, actions taken in response to issues flagged, and evidence of worker consultation and training.

While everyone acknowledges that businesses alone cannot solve modern slavery and that governments must work with corporations to address the entrenched poverty, low pay and poor regulation that are the drivers of the problem, corporate refusal to engage is no longer an option. Campaigners will be looking for companies to step up to the mark as we move into the second year of the reporting requirement.