Ending slavery may be everyone’s business – but so is making sure survivors have a support system they can trust.

Clause 12 addresses an unintended consequence of Brexit, which could leave some victims of modern slavery at risk of being sent back into the hands of their abusers. In today’s letter, the human rights organisations – including those that work directly with survivors – note that no-one wants to see this injustice. Anti-Slavery International has called on its supporters to write to MPs urging them to vote in favour of victims’ rights when they debate Clause 12 and other amendments on 19 October.

Last week the House of Lords amended the Immigration and Social Security Bill to prevent confirmed victims of modern slavery who are from the EU experiencing a significant reduction in their rights from 1 January. Peers voted by a majority of 101 for an amendment, introduced by the Conservative Lord McColl, in order to avoid this terrible outcome, which could have sent victims of modern slavery straight back into the hands of their abusers: an egregious unintended consequence of Brexit, which nobody wants.

Lord McColl’s modest and decent proposal will give those EU victims who meet certain criteria a limited right to remain in the UK and access public services.  Now known as Clause 12 of the amended Bill, it is up for consideration by the House of Commons on Monday 19 October – fittingly, one day after Anti-Slavery Day. Clause 12 should transcend any debate about Brexit and be seen on its own merit as the right and decent thing to do for victims of modern slavery. As Lord McColl noted when introducing the amendment, “the restoration of our sovereignty does not require us to create a situation in which the effective rights of some confirmed victims of modern slavery are diminished”.  Five and a half years after the Modern Slavery Act passed into law, we hope the Government and MPs will give Clause 12 their full support.

Clause 12 addresses a serious injustice that would affect European nationals – but all victims of modern slavery, including British nationals, need guaranteed support. That is why we are also calling on the government to make time for both Houses of Parliament to consider the Modern Slavery (Victim Support) Bill, which would guarantee support for all victims of modern slavery following identification. This Bill, which is co-sponsored by Lord McColl and the former Conservative leader, the Rt Hon Sir Iain Duncan Smith MP, has been awaiting its Second Reading in the House of Lords since January. Between the Bill and Clause 12, the Government now has two opportunities to make sure Britain can stand as a beacon for freedom from slavery. Victims are counting upon it to do the right thing. 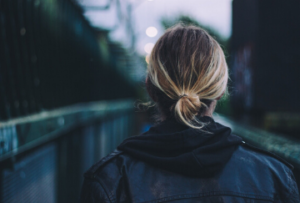 The Modern Slavery Act 5 years on