In my village, girls were not allowed to go to school. All my sisters got married very young. One was only 11. I wanted to go to Kathmandu for further education, but my father was against this.

However, my brother was already in Kathmandu, so I convinced my father to let me go too. My brother got a job in Malaysia, and my father borrowed money from everyone he knew to pay for it. That left us deep in debt.

Someone who worked with me suggested I start selling drugs. This man proposed that I take drugs to India and I would earn Rs25,000 ($250). I agreed to do it with another girl I worked with.

In India we drove to a place with lots of huts and young Nepali girls with make-up standing around half dressed.

I had heard of girls being trafficked to India, so I refused to go inside. I dropped everything and ran out onto the road. Some women ran after me and brought me back. After that I lost consciousness. 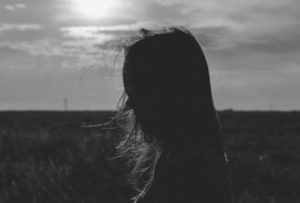 Help us protect girls like Aamuktha from trafficking and support them in building their freedom.

I learned that I was in a brothel with 25 or 30 other women. “There is no point in getting angry. You have to earn, and then you may be able to leave,” another Nepali girl told me. “If you try to run away, they will catch you and kill you”.

I was beaten up every day by four or five men. I was raped and tortured again and again.

All the time I was plotting my escape. There were guards on the doors, so I pretended to be sick. They brought a rickshaw to take me to hospital. On the way I told them that I was going to vomit, and then I leaped off the rickshaw and ran across a busy road. I lived in a gutter for three days.

I found an office that had pictures of Buddha and Mother Theresa, and asked them for help. It turned out to be an NGO, and they helped me return to Nepal.

When I returned I was ashamed and scared. I had no idea what to do.

With the help of SASANE, I work as a paralegal advisor at a police station. I’ve learned a lot about legal issues and people treat me with respect because I am working with the police.