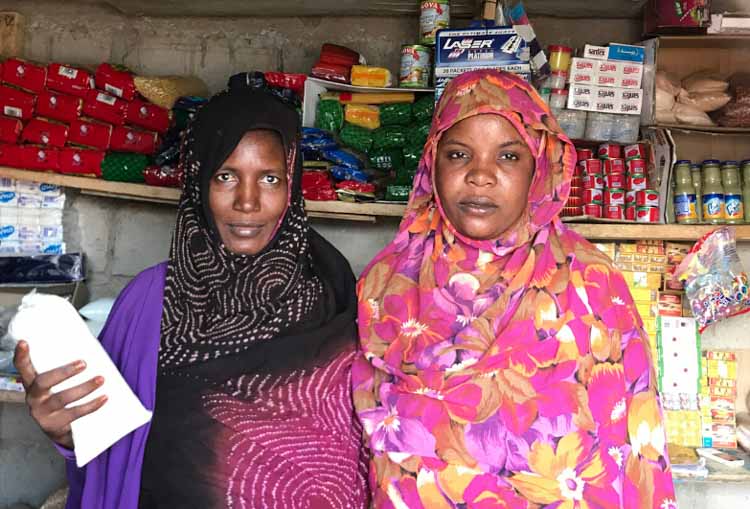 Back in March, the Mauritanian government acted swiftly – banning travel between regions, restricting outings and gatherings and imposing a curfew between 6pm and 6am. All markets were closed and only food shops remained open. Police vehicles with loudspeakers patrolled the streets to force people back to their homes.

While these measures have undoubtedly helped reduce the spread of the virus (at the time of writing, the official number of cases is just eight), they have also had a huge impact on the most vulnerable people.

For most of Mauritania’s Haratines (people descended from slaves), the order to stay ‘inside’ is meaningless. Haratines typically live in incredibly crowded slums where homes are makeshift tents or shacks that are open to the elements, sheltering 10-15 family members at a time. The only way the poorest Haratines survive is to go out to work, for example, by travelling to employers’ homes to do domestic work, selling wares on markets, offering repair services on the street or finding work at the docks or on construction sites.

Many wealthier families started to ‘let go’ their domestic workers in March for fear of contamination, or obliged them to be confined within their own homes to avoid travelling back and forth. For most domestic workers whose families depended on their income, this put them in an impossible bind: to be unemployed and starve, or to stay with their employer and continue work, but leave their families alone without resources. Confinement within their employers’ homes exposed more people to the risk of exploitation and abuse, a dire prospect for Haratines who are only a generation or so out of slavery.

SOS-Esclaves, with extra financial help from an individual donor, its members and partners, moved quickly to distribute large quantities of meat and rice to 30 vulnerable Haratine and 12 direct slavery survivors and their families in Nouakchott. In partnership with the UN Population Fund (UNFPA), SOS-Esclaves also led the delivery of handwashing stations, soap, kettles, bleach and hand sanitiser gel to a total of 678 vulnerable people across eight regions, including around the capital, Nouakchott.

The community outreach was done in ways that respected the social distancing orders and also gave all of the recipients clear information and advice on avoiding the coronavirus. Networks of SOS-Esclaves members also reached out in solidarity to the poorest Haratines and slavery survivors around them, which helped ensure that many hundreds more had food and clean water.

In May, the government’s restrictions were tentatively being lifted. While the country’s borders remained closed and travel between regions was still limited, the curfew had been shortened, markets were re-opening and people were beginning to move freely again. We very much hope that Mauritania will continue to be spared any further spread of the coronavirus. Anti-Slavery International commends SOS-Esclaves’ response to countering the fallout of the pandemic and are heartened that it has the infrastructure and capacity to reach and support the most vulnerable in a time of crisis.