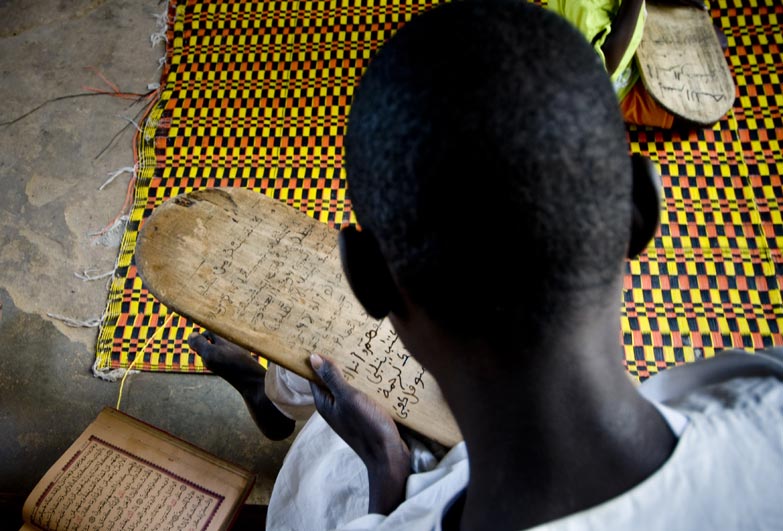 In the West African country of Senegal, an estimated 50-100 thousands of boys at residential religious schools known as ‘daaras’ are forced to beg for their schools for up to eight hours a day.

Traditionally, child begging used to be practised only at mealtimes and community members would donate food or a few coins to help cover the children’s keep. But in recent years it has become a lucrative source of revenue for many unscrupulous Qur’anic teachers.

The boys, known as ‘talibe’, are often barely able to study the Qur’an as they are sent out on the streets and forced to beg instead, with set quotas of money to bring in every day, often under the threat of beatings by the Qur’anic teacher. Most of the children attending daaras are from remote rural areas, with some trafficked from neighbouring countries.

Far from their families, and living in squalid conditions, these children are neglected and left vulnerable to illness, malnourishment, exploitation and abuse on the streets.

Anti-Slavery International has long lobbied for the adoption of a draft law in Senegal to regulate the daaras. The early versions of a draft law looked positive: they set out criteria on how the schools would be allowed to open and operate, including a total prohibition on child begging, a more diverse academic curriculum, and decent living conditions. Daaras would have to register with the State and be regularly checked by a ‘Daara Inspectorate’.

However, at Anti-Slavery we’ve also been concerned about the likelihood that these reforms will ever take place, given the enormous political influence that religious leaders have in Senegal. Previous attempts to impose change have been met with considerable resistance, partly because religious leaders claim that daaras would have to close down without the money they get from begging, and the State doesn’t have the funds to cover all their costs.

Our fears have been confirmed. In the past year, the State held consultations with religious leaders on the draft law, and they came up with a version that’s much less rigorous in protecting children from being forced to beg. Most importantly, the current version of the draft law includes no ban on child begging.

We also have serious doubts about whether the government has the will and resources to roll out a proper inspection scheme, given that there are many thousands of daaras in Senegal. As most of the daaras would claim that they can’t operate without the income provided by child begging, they simply wouldn’t register with a government Inspectorate.

In this deeply religious country, few politicians are courageous enough to talk about taking any action against religious schools that are non-compliant. But having a law with no sanctions for daaras that don’t register or comply with the rules would just be pointless.

In the ongoing absence of daara regulation, Anti-Slavery’s Senegal project has supported communities and progressive Qur’anic teachers to take initiatives to improve conditions for children by themselves. These efforts have largely focused on organising whole communities to support the children in practical ways to stop the children begging such as providing adequate regular meals for the children, to ensuring a good education and their overall well-being. This holistic approach has been hugely successful and have led to the reduction or end to begging for over 7,000 talibe children in the last year alone. 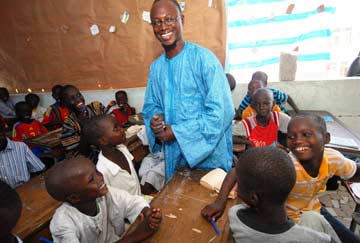 How we change lives

Our work with communities resulted in children being protected from begging and abuse.

Check out our project

Many daaras we’re working with also introduced the teaching of subjects other than Qur’anic recitation, like French and Maths; child protection clubs; schemes to ensure free healthcare for talibe children; and improvements in the resources and cleanliness of the daaras.

However, we also continue to lobby for more government-led regulation. We can’t only help the already-supportive communities and Qur’anic teachers to make improvements, as these efforts will never reach children in the most exploitative and abusive daaras – much like imposing a regulation system without any sanctions against those that don’t comply.

Our advocacy had mainly been targeting the Daara Inspectorate, given that it looked set to take the lead in daara regulation. However, with the law not yet adopted – and very much weaker anyway – and with nationwide inspections still a very distant prospect, we’ve has decided to broaden our focus to those who can and should be intervening to end child begging more immediately.

We need to use all available avenues to shut down daaras where children are living lives of forced begging and abuse.