Aidan McQuade’s brief reflections on St Patrick and his ideals of human rights and anti-slavery struggle. 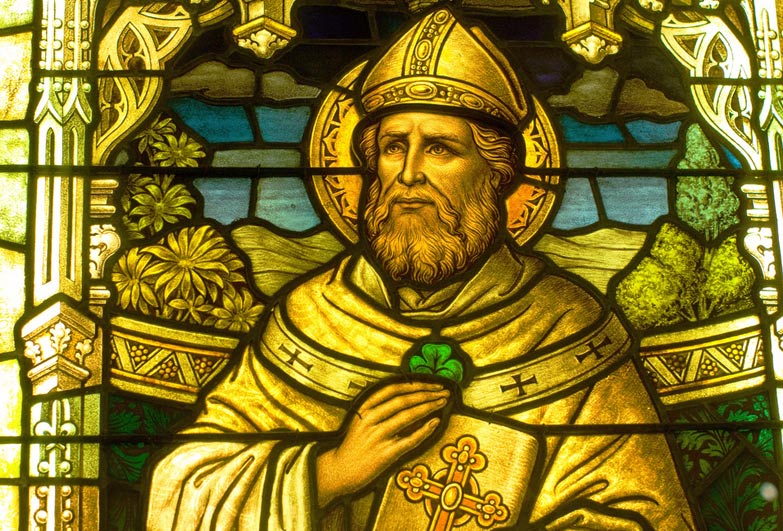 For many, if they think of him as anything other than an excuse for a party, St Patrick, a Fifth Century priest,  may seem a remote figure. But his life still has some powerful contemporary resonances.

Patrick was not born Irish. He was a Briton. Different parts of Britain claim him, but he came from a Romanised family somewhere on the west coast. As a young man he was kidnapped by an Irish raiding party and trafficked across the Irish Sea into slavery. After six years he escaped and returned to his family, and his studies, in Britain. Eventually, after study in other parts of Europe, he became a priest.

His story would probably not be one that is remembered by history but for the fact that after this, in a remarkable display of personal magnanimity, he decided to return to Ireland, the land that had enslaved him, as a missionary.

There are many fanciful legends associated with Patrick, including how he rid the country of snakes. But he left two written documents: his Confessions, a spiritual auto-biography from which many of the details of his life are known; and his Letter to the Soldiers of Coroticus, a furious protest against the murder and enslavement of members of Patrick’s congregation by a raiding party of pirates, probably composed of Patrick’s fellow Britons. The anger of this protest was doubtless further sharpened by Patrick’s own bitter memory of the violence of slavery.

There are many powerful echoes from Patrick’s life with the contemporary world: For example, in a world where poisonous xenophobia seems to have taken hold in so many places the story of Patrick’s transformation from immigrant to an emblem of the country he adopted as his own stands in counterpoint. And in his protest against the war crimes of Coroticus and his men Patrick, the former slave, gave nascent voice to the ideals of human rights and anti-slavery in Western Europe.

Across the world today other immigrants work to make their adopted countries better places, other slaves and former slaves resist the systems of slavery that still persist. St Patrick’s Day is a good time to remember them, and remember that after today’s parties a long struggle lies ahead of us to fulfil some of Patrick’s ideals.