Anti-Slavery International’s Sally Kilner on how girls in Nepal are accessing justice after being sexually exploited.

Aged 16, Binsa* decided she needed to support her family financially. {Near to her home was a hotel needing staff} and she started to work cleaning rooms and washing clothes. The hotel also offered Binsa accommodation. After the first month, Binsa stopped receiving her pay. Soon after, the hotel owner forced himself on her, later bringing guests to do the same, and filming videos of sexual acts against Binsa’s wishes.

“He used to slap me, hit me and threatened he would tell others and that I would be unable to show my face to them. I did not have the confidence to run away. There were just as many problems at home.”

Anti-Slavery International has been working with Children-Women in Social Service and Human Rights (CWISH) and Samrakshak Samuha Nepal (SASANE) to prevent the trafficking of children and young people into child sexual exploitation, and to ensure perpetrators are being held accountable. As part of this two-year project, we have published a study on the experiences of child sexual exploitation and trafficking, and the barriers they face to receive justice against their trafficker.

Read more about the project we support to address child exploitation in Nepal.

Eventually, Binsa reached out to a friend for help. Her friend reported the case to her uncle, a policeman. Many girls like Binsa do manage to escape from their situation of exploitation, but very few of them ever see justice. The lack of access to justice is rooted in the wider cultural and social barriers.

Experts interviewed for this study estimate that the overwhelming majority of child sexual exploitation and trafficking cases (approximately 95%) are never reported to authorities. Discrimination against women and girls, especially those of the marginalised Dalit caste, together with the stigmatisation of their experiences, prevents them from coming forward.

Even when survivors do manage take initial steps to get legal help, navigating the Nepali judicial system is extremely complex and can become overwhelming. It is a daunting arena that is not only difficult to comprehend but also difficult to progress through.

Children’s experiences of justice depend on the extent to which systems are child friendly, with the police being the gatekeepers of the process. Police failure to recognise such cases as serious crimes poses a major obstacle in accessing justice. Yet we see green shoots of positive change, with the Nepal Police being open to change and accepting recommendations from our research.

After Binsa managed to file her case, the perpetrator was arrested for human trafficking and jailed for life.

Binsa is now being supported by an NGO to study law as she wants to help others who have faced exploitation.

Endings like Binsa’s are rare in Nepal. Therefore we are urging the government to recognise the reality of child survivor experiences, like Binsa’s, by making the judicial process more child-friendly, and by identifying and eliminating child and gender-based discrimination within the institutions responsible for delivering justice. 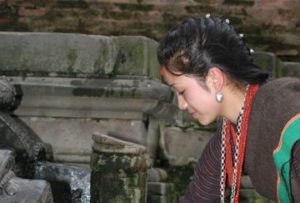 Key recommendations from the report: