Over 180 years ago, in 1839, a monumental shift occurred and a major tenet of acceptable society crumbled to the ground. Slavery in the British Empire was abolished. It by no means happened overnight; It didn’t convince everyone; And it was only a start.

But, a group of passionate people had fought long and hard for it, and they weren’t about to back away now.

Abolitionists such as our founder Thomas Clarkson knew that, despite the new law, the task of ending slavery was far from over and that slavery can manifest itself in many different forms.  This is why they founded the British and Foreign Anti-Slavery Society in 1939. Today, we are known as Anti-Slavery International, and we are proud to tread in our founder’s footsteps, building a movement of modern-day abolitionists.

We still exist because slavery still exists. It may have modernised – organised by mobile phone instead of quill and parchment, refrigerated lorries used as transport instead of ships – but the underlying abuse remains the same: exploiting vulnerable people for profit or power.

An estimated 50 million people are estimated to be trapped in slavery at this moment.

We have been standing up for these people throughout our history; from ending systems of slavery in Belgian Congo, Peru and China, to playing our part in passing all major anti-slavery conventions, to dismantling slavery systems in modern times.

We have freed thousands of people from slavery throughout the years. The stories of freedom we get from the partners we work with on the ground are what drives us today. They inspire us to remember that change is possible, and that monumental shifts can, and do, occur.

We believe a fundamental shift such as the one Thomas Clarkson helped bring about in 1839 can happen again today.

We’ve been fighting slavery for 180 years. Will you help us finish what Thomas Clarkson started?

The Society convened the world’s first anti-slavery convention in London.

Concerned consumers who care about the products they buy are not just a new phenomenon. In 1850, Anti-Slavery developed ‘slave-free produce’ consumer action groups, promoting alternatives to slave plantation sugar.

We helped establish the Brussels Act, the first comprehensive anti-slavery treaty, which allowed the inspection of ships and the arrest of anyone transporting slaves.

The United Nations’ decision to create a new Special Rapporteur on Contemporary Forms of Slavery. They will report directly to the UN Human Rights Council on measures that governments need to take to tackle slavery practices in their respective countries. This is the first new UN mechanism on slavery in over 30 years.

We supported a former slave, Hadijatou Mani in international ECOWAS (the Economic Community Of West African States) court that found the state of Niger guilty of failing to protect her from slavery . The ruling set a legal precedent for Niger and all other ECOWAS countries to protect people from slavery.

We successfully campaigned for the UK government to sign up to a new EU anti-trafficking law, providing legal basis for protection and justice for trafficking victims.

Following persistent campaigning by Anti-Slavery, the UK Government introduced the Modern Slavery Act in July 2015. The Act introduced some victim protection measures, in particular for trafficked children; and a requirement on businesses to report on efforts to tackle slavery in their supply chains.

A landmark case brought by Anti-Slavery and its Mauritanian partner, SOS-Enclaves, saw the conviction of two slave-owners. This was only the second ever such conviction in Mauritania and first resulting in a jail sentence. This represented a big step forward to Mauritania and a sign that the authorities and moving beyond promises and holding slave owners to account. It offers hope to other victims of slavery and acts as deterrent to exploiters. 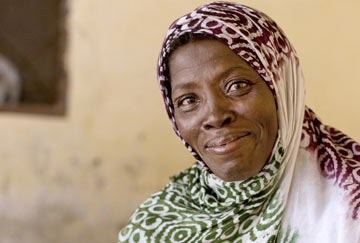 Let us finish what we started

Be inspired by our historical successes and join us to win the next battles against slavery.