Modern slavery is closer than you think

Modern slavery is present in every single area of the UK. You probably see people trapped in slavery on a regular basis. It might be someone working in a private home on your street, the man working in the car wash in town, or the cleaner who empties your office bin every night. It can be difficult to spot the signs, but if you are concerned about someone, contact the modern slavery helpline.

The number of people identified as victims of modern slavery has been rising year on year, with over 10,000 people referred to authorities in 2019. The real number of people trapped in slavery is estimated to be much higher.

Modern slavery in the UK

Modern slavery in the UK can take many forms, including forced sexual exploitation, domestic slavery or forced labour on farms, in construction, shops, bars, nail bars, car washes or manufacturing.

Forced labour is the most common form of slavery in the UK, fueled by a drive for cheap products and services, with little regard for the people behind them.

A growing form of slavery is trafficking into crime. In the UK, it’s fuelled by the trafficking of primarily British children, forced into ‘county lines’ drug trafficking and trafficking of Vietnamese nationals forced to work in cannabis production.

“I was tied up and trapped in a room for hours. I can’t tell you how long, because I was drugged. I was force-fed, and still people would have sex with me.”

Amy was born in the UK. When she was 14, she was recruited into a criminal gang and forced to sell drugs across the UK. It would take more than a year to escape.

How do people get trapped in slavery?

Vulnerable people often take big risks in order to provide for their families. Typically, they can be offered an apparently good job in the UK. Often they take a loan from the traffickers in advance.

When they arrive in the UK, the situation is completely different. Their passport might be taken away and they’re told they need to pay off the debt before they can leave. Violence and threats are common. They are trapped here with no possessions, no means to return and totally reliant on their traffickers.

Sadly, the system in the UK is not currently set up to support people who became entangled in exploitation. The UK’s hostile immigration environment means people trafficked from abroad are often treated as immigration offenders. Cuts to public services hamper efforts to prevent exploitation and limit resources to investigate trafficking cases.

We are campaigning for the UK to implement policies making it tough for those who want to exploit vulnerable people.

This includes introducing strong labour rights and workplace inspections to preventing exploitative practices from going unchecked, and increasing the capacity for the police and prosecutors to investigate cases of modern slavery.

We’re also campaigning to protect, not neglect, survivors of slavery, so they can feel safe to come forward and report their experiences, be protected from their traffickers, and can rebuild their lives. That means creating a system that supports people, rather than targeting them as criminals. 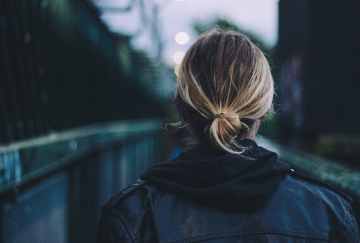 Sign the petition to Protect, Not Neglect, victims of modern slavery in the UK.