Childhood should be a time to grow, learn, play and flourish in safety and security. However, an estimated 10 million children around the world sadly don’t have that chance. Instead, they wake up each day trapped in modern slavery.

Out of 40 million people living in modern slavery, a staggering 1 in 4 are children. Almost three quarters (71%) are women and girls. 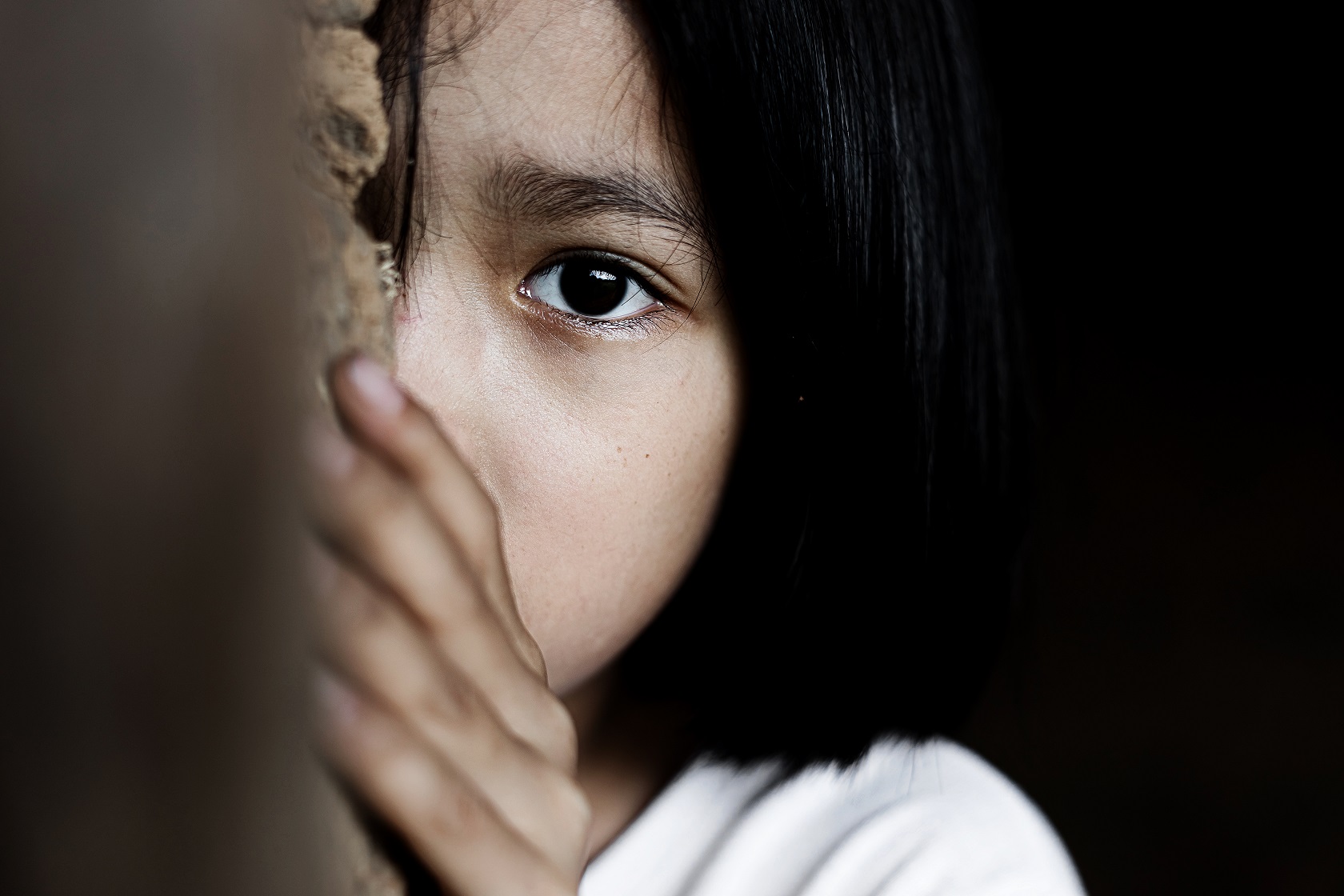 This International Day of the Girl, we affirm our commitment to tackling all forms of slavery affecting girls globally.

Here are five forms of modern slavery that can affect girls and stories of some of the girls who’ve been affected, as shared across our website. Click on the headings to discover more about this form of modern slavery. 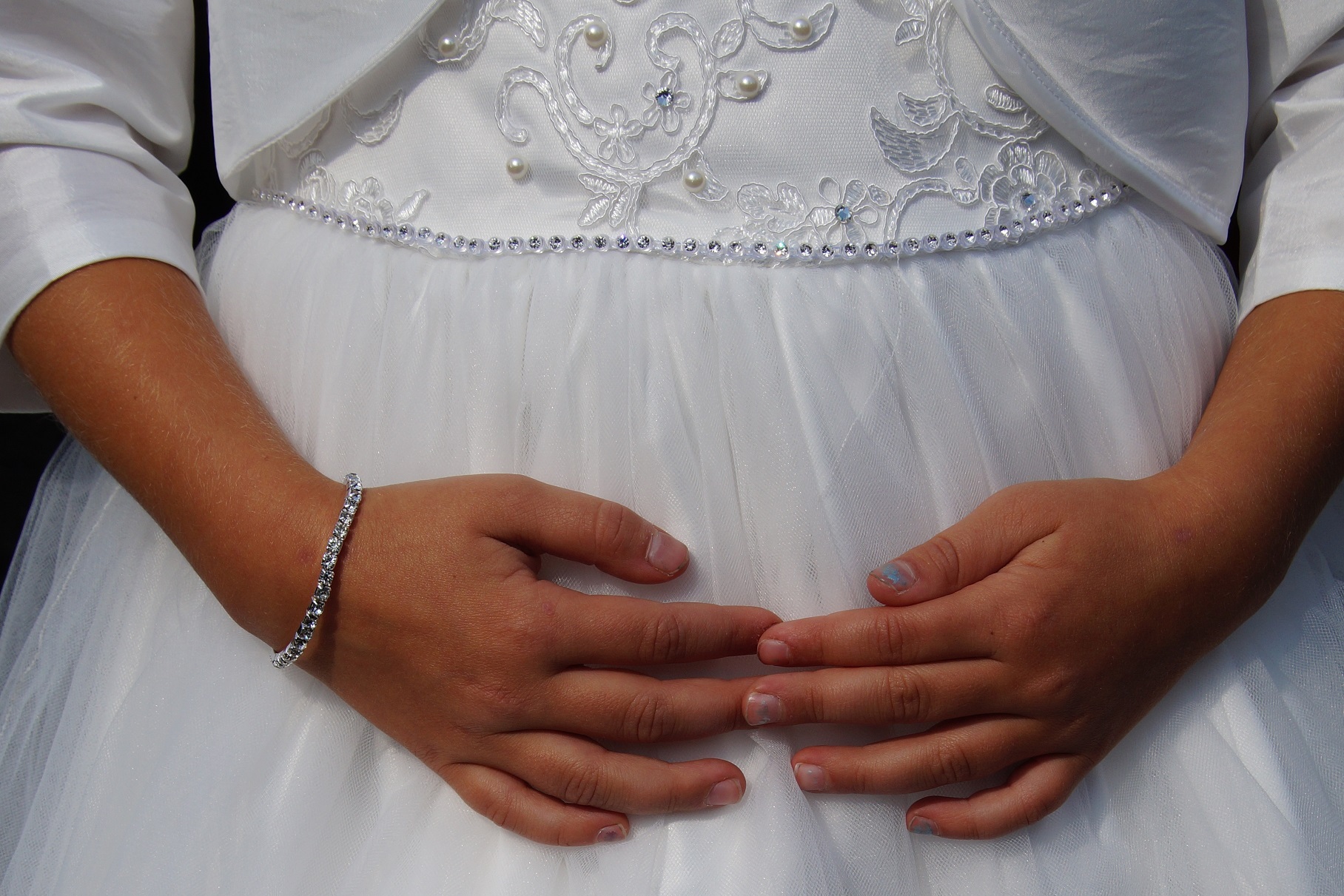 Marriage involving children under 18-years-old remains a widely culturally accepted practice in areas of the world. In fact, UNICEF estimates that 11% of women worldwide were married before reaching the age of 15.

Although boys can be affected by the practice, it’s mostly girls who suffer slavery as a consequence of child marriage.

Ana was married when she was 15 years old to a man twice her age. She suffered domestic violence for over five years. She was told by her mother and mother-in-law that such abuse was “normal” and a wife’s duty to bear it.

Ana did not have control over her life. She suffered long-term abuse in her marriage and was not realistically able to leave her husband. She was in slavery. 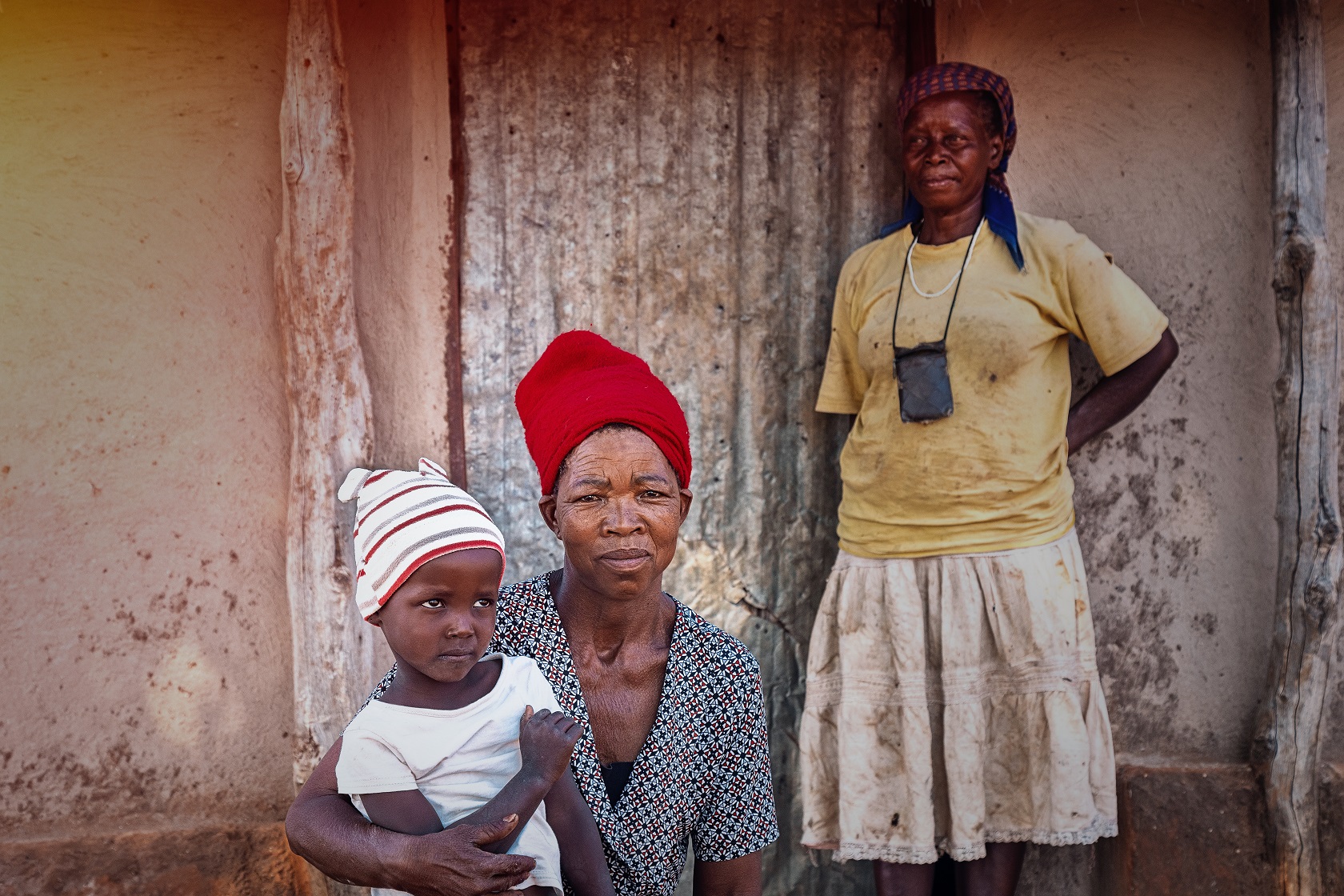 People born into descent-based slavery face a lifetime of exploitation. They’re treated as property by their so-called ‘masters’, working without pay, herding animals, toiling in the fields or in their masters’ homes. They can be inherited, sold or given away as ‘gifts’ or wedding presents.

Women and girls typically face sexual abuse and rape, and often have to bear their masters’ children. In turn, their children will also be owned by their masters. Children can also be taken away from their mothers at an early age. They may start work at an early age and  never attend school.

“I grew up working as a slave for a family. My mother worked for them before me and my children also worked for the family once they were old enough.

I didn’t always get enough to eat and was beaten regularly.

When I had my fourth child, a baby girl, the family wouldn’t let me take her out to the fields with me. When I came back, I found that the baby was left out in the sun all day. She died and her body was being eaten by ants. I had to bury her myself, with my hands; it felt like I was burying an animal instead of my child.” 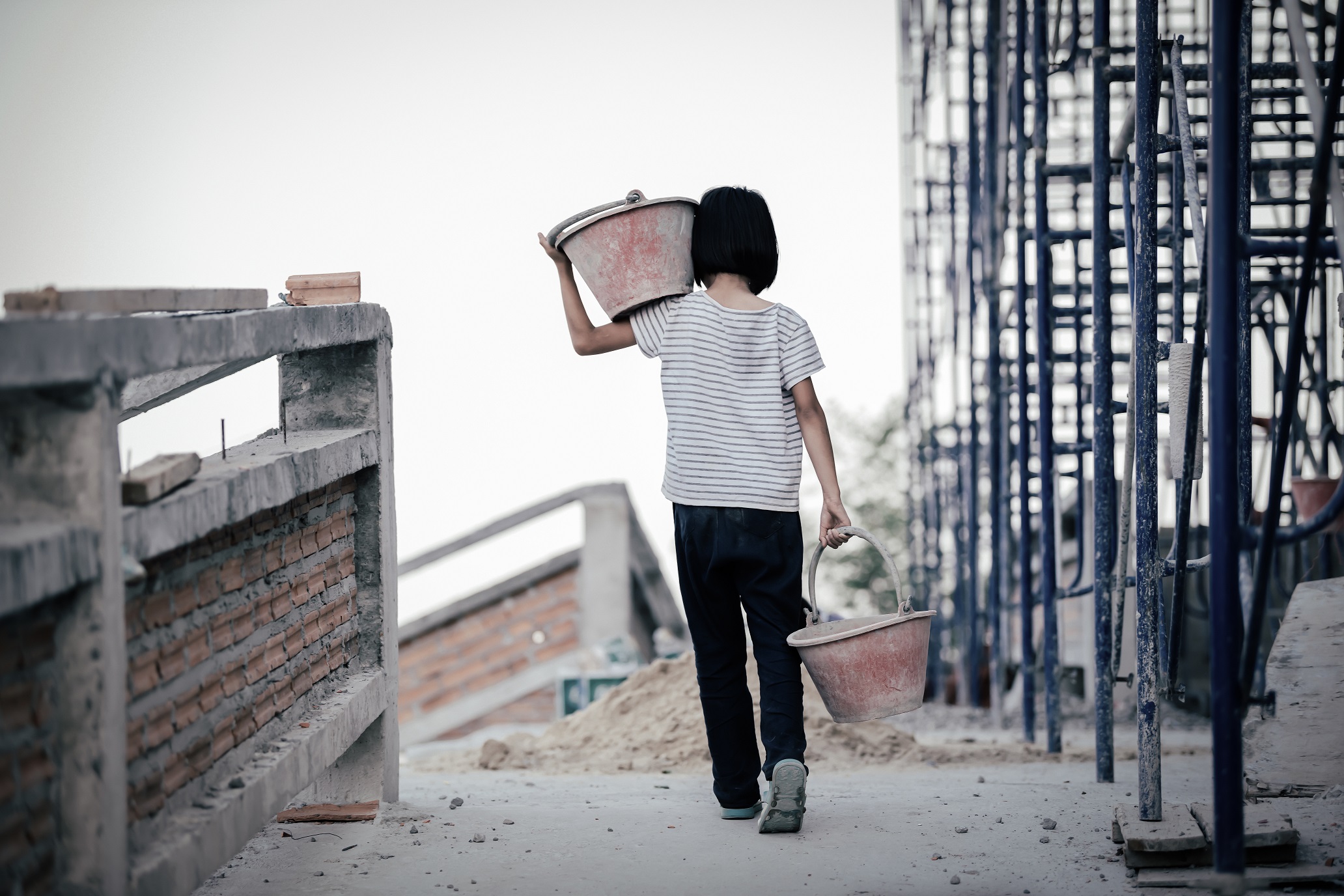 Forced labour affects millions of children around the world. It is most often found in industries with a lot of workers and little regulation, for example in agriculture, factories, construction, brick kilns and mines.

“Hazardous work” is the worst form of child labour. It irreversibly damages children’s health and development through exposure to dangerous machinery or toxic substances and may even endanger their lives.

“My father sent me to an orphanage in Kathmandu when I was nine… I was confused and heartbroken.

“The orphanage owners – a husband and wife – said I could stay there and they would send me to school. At first everyone treated me well, but then they asked me and the other three children there to do all the household work…

“If we did not do the work properly, they would beat us. They pulled my hair, sometimes they slapped me. It felt like I was in jail.” 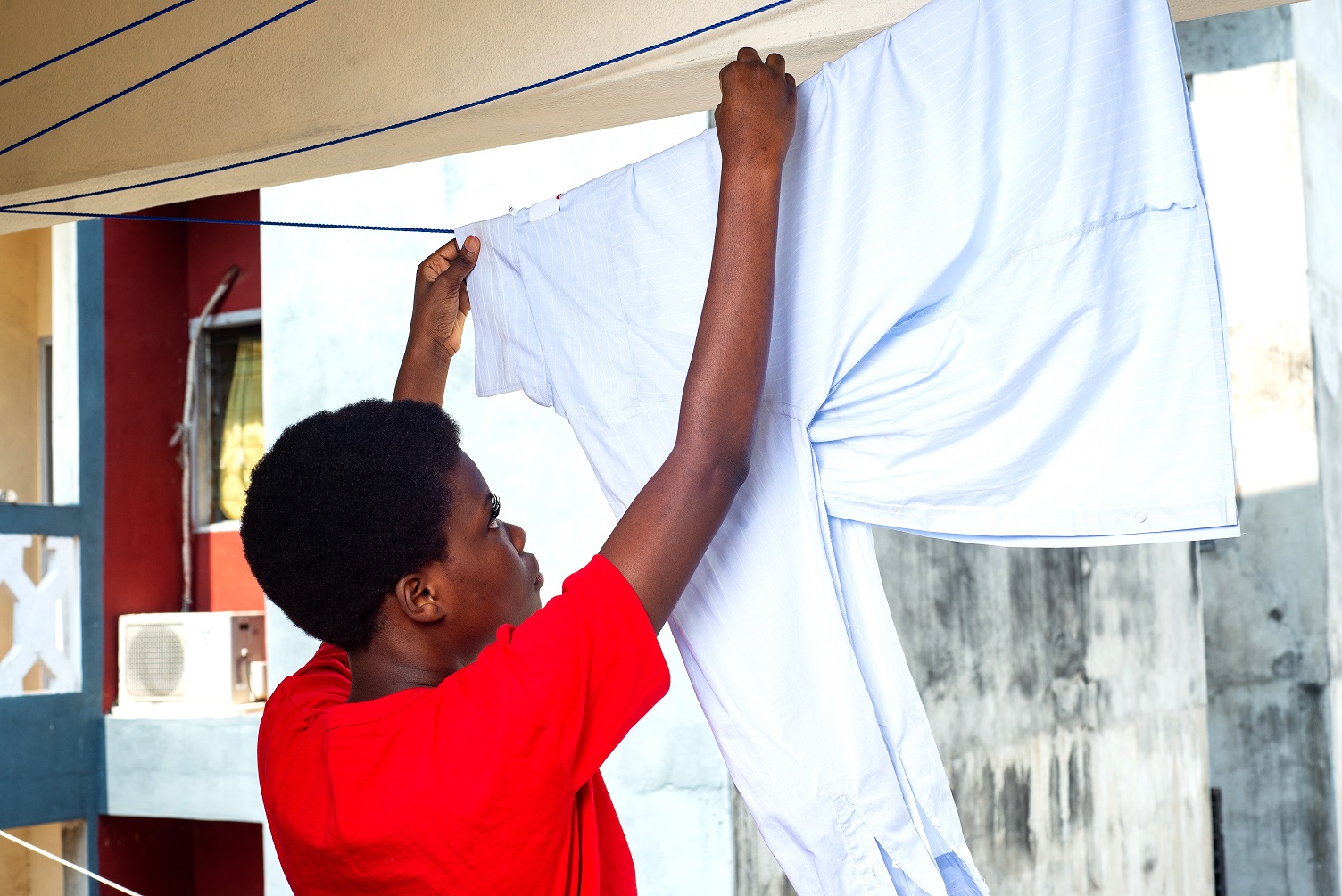 Domestic work is a sector which is particularly vulnerable to exploitation and domestic slavery because of the unique circumstances of working inside a private household combined with a lack of legal protection.

Child domestic workers are extremely vulnerable to exploitation and abuse. They often move far away from their family, leaving them isolated and completely dependent on their employer.

“Every day I would get up at 5am and clean the whole house. Then I could go to college for a few hours before coming back and doing all the cleaning and washing until 8pm. I never got time off on weekends.

“One day the wife pulled my hair badly and attacked me for not polishing her husband’s shoes. I felt so humiliated and I cried a lot that day.

“From then on, I was beaten and humiliated every day.” 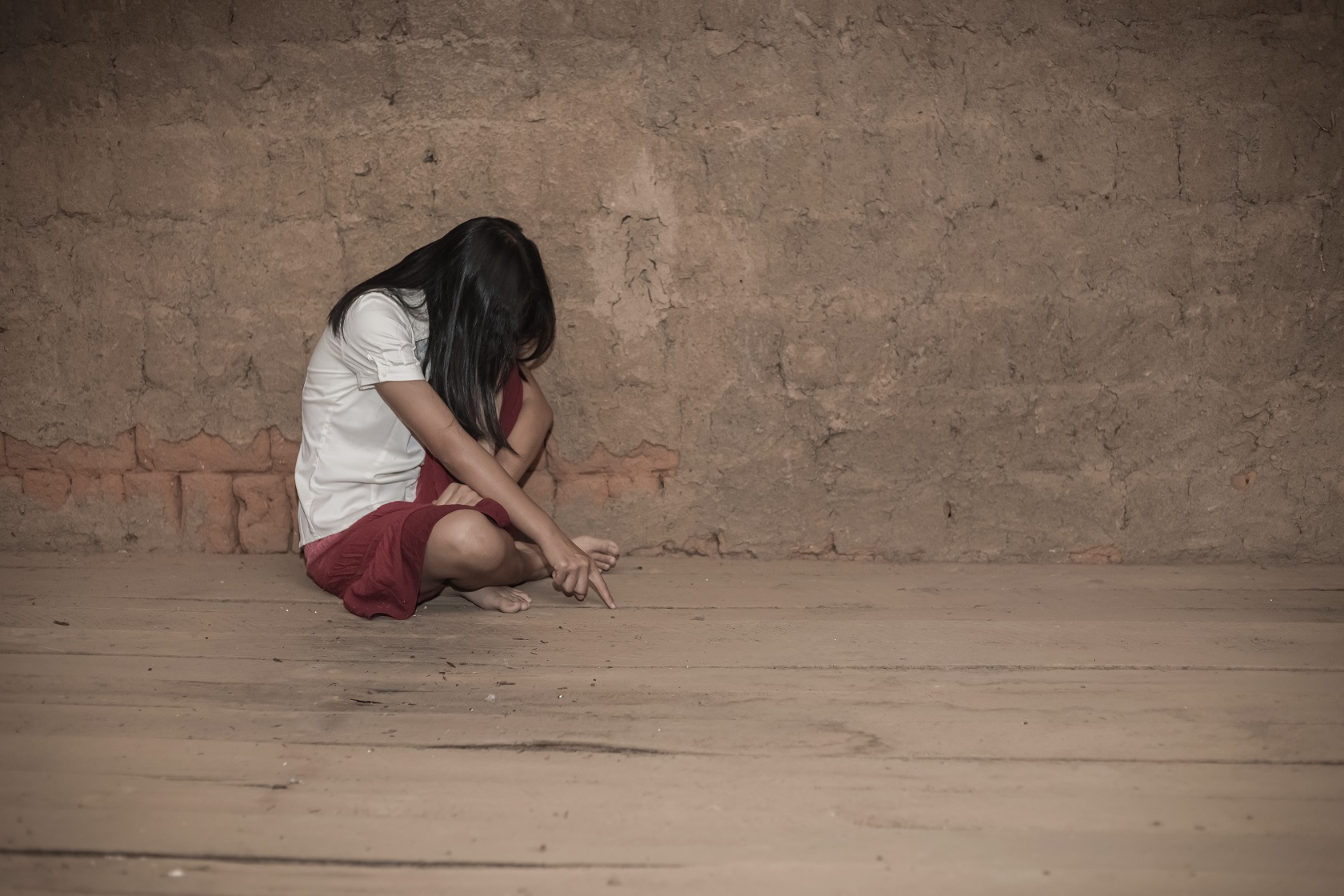 Used for profit in prostitution, pornography and other forms of abuse, millions of girls are suffering from the immense physical, emotional and psychological effects of sexual exploitation.

In countries such as Nepal, poverty, lack of education and cultural trends, including social prejudices and structural barriers, make child sexual exploitation a growing occurrence. Here in the UK, girls are also facing ongoing abuse.

Maya* grew up in a foster family in a typical British town. She was coerced and forced into sexual exploitation when she was 12 years old. She was trafficked all around the region and exploited even when she went on school trips. Her ordeal went undetected for seven years.

“I should never have been trafficked for that many years undetected. I was not only a child, but I was a child in a school, a child with a GP, a child with foster parents and social workers, all which failed throughout seven years to identify that I was being tricked, controlled, tortured and sold every day.

“Through this crime everything was taken from me, my control, my dignity, my future, my voice.”

Here at Anti-Slavery International, we’re working globally and across the UK to protect vulnerable girls in need.

Will you join us?